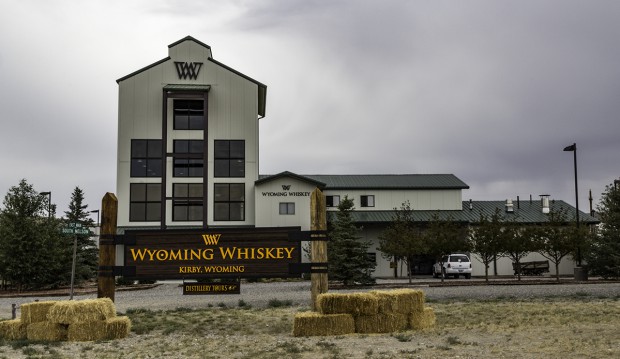 September 7, 2018 – In the nearly six years since the first bottle of Wyoming Whiskey went on sale December 1, 2012, the wheated Bourbon from the tiny town of Kirby, Wyoming won widespread acclaim well beyond the state’s borders. In the end, the family-owned distillery faced the same problems as many other small-scale distillers – turning that acclaim into space on retail shelves. Like a number of their counterparts in the whiskey industry, the founders have now decided that entering into a “strategic partnership” with a larger player in the business is the most logical option for their distillery’s future.

Scotland-based Edrington has acquired a minority stake in Wyoming Whiskey from founders Brad Mead, Kate Mead, and David DeFazio for an undisclosed amount. While the founders will retain control of the distillery, their whiskey will become the first Bourbon in Edrington’s portfolio, which also includes The Macallan, Highland Park, and The Glenrothes single malts, The Famous Grouse and Cutty Sark blended Scotches, and Brugal Rum. Edrington Americas, the company’s North American unit, will take over sales, distribution and marketing for Wyoming Whiskey. 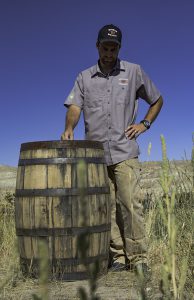 “They’re really great people with the same value set we have of giving back to society over the long term, and that’s where the discussion began,” said Edrington Americas President & CEO Chris Spalding in a telephone interview. “As we progressed, understanding their liquid and the direction it was going and the quality of the product they were starting to put out, we were just like a match made in heaven at that point,” he said. While Sam Mead will remain head distiller and Nancy Fraley the distillery’s chief blending consultant, they will be able to draw on Edrington’s distilling and blending expertise in addition to the company’s extensive distribution network.

“That has been the greatest challenge that we have faced in the last few years, trying to get our product distributed in an effective and efficient manner,” said David DeFazio, who will continue to serve as the company’s chief operating officer based in Jackson, Wyoming. “It is what it is…big brands command more attention because of what they bring to the table, and we have not been able to do that. With Edrington, and being aligned with their family of whiskies, rum, tequila, and vodka, we can now command more attention from distributors, and we’re thrilled with that,” he said in a telephone interview.

The partnership also has an added bonus for both sides. Edrington will now get access to most of Wyoming Whiskey’s used barrels, while DeFazio says the distillery will continue to supply barrels to a number of local craft brewers for use in aging their beers. The Wyoming team will also get access to Edrington’s inventory of ex-Sherry casks, allowing Mead and Fraley to experiment with finishing their whiskies in those casks.

While the initial focus will be to expand Wyoming Whiskey distribution to all 50 states, DeFazio sees the potential for worldwide distribution through Edrington’s global network in the future. “That could be in a couple of years, it could be beyond that…we need to make sure that we have enough product to adequately supply the markets that we will be in first,” he said.

The deal is the latest in a series of acquisitions and strategic partnerships involving small-scale US distillers over the last three years. Bacardi acquired Angel’s Envy Bourbon in 2015, while 2016 saw deals including High West’s acquisition by Constellation Brands along with a minority stake in Catoctin Creek Distillery, Rémy Cointreau’s purchase of Westland Whiskey, and the sale of West Virginia’s Smooth Ambler Distillery to Pernod Ricard. 2017 saw Woodinville Whiskey’s acquisition by Möet Hennessy, along with the sale of Tuthilltown Spirits to William Grant & Sons.

Listen to the next episode of WhiskyCast for our interviews with David DeFazio and Chris Spalding.