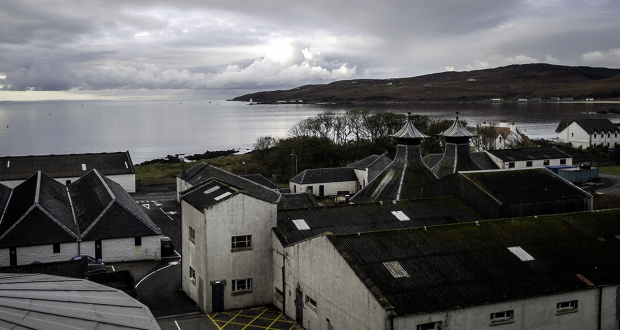 January 9, 2019 (Updated January 15) – As the first work week of the New Year begins for many Scotch Whisky producers, a number of the distillery construction and expansion projects announced during 2017 and 2018 are working their way through the local approval process.

Construction on the long-sought revival of Rosebank Distillery in Falkirk is ready to begin as soon as Falkirk Council gives the green light, according to Gordon Dundas of Ian Macleod Distillers. “Planning is a difficult thing, but we’re getting the right noises and we’re very excited about getting on with Rosebank,” he said in a telephone interview. The project will retain some of the original distillery’s historic buildings, but a new still house is in the works along with other new construction. 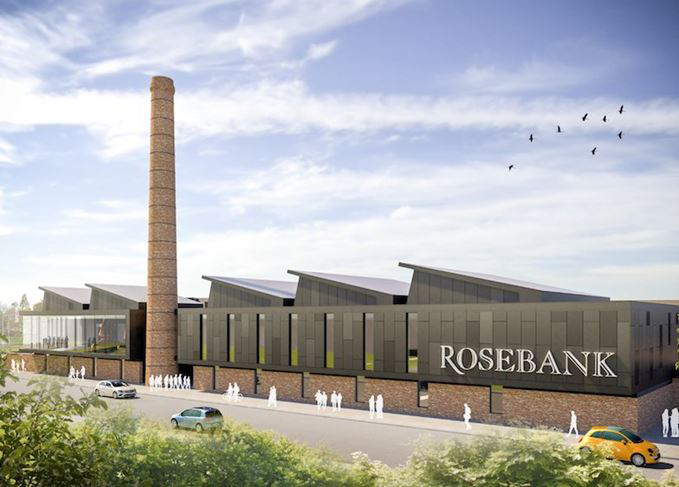 An architect’s rendering of the proposed design for the revived Rosebank Distillery in Scotland. Image courtesy Ian Macleod Distillers.

Ian Macleod acquired the distillery site in the fall of 2017 from Scottish Canals, while buying the rights to the Rosebank name and existing stocks of the original distillery’s whisky from Diageo in a separate transaction. Dundas said the timetable still calls for construction work to be completed by September of 2020. In the meantime, Ian Macleod will release a series of Rosebank single malt whiskies using those older stocks, with the first bottlings expected during the first half of this year.

Also in the Lowlands, construction is expected to begin as soon as possible at Glenkinchie Distillery following approval of Diageo’s expansion plans by East Lothian Council. The expansion is part of Diageo’s larger £150 million GBP ($214.9 million USD) plan to improve the 12 distillery visitors centers around Scotland over a three-year period, and will include new tasting rooms, a bar and events area, and other upgrades.

Glenkinchie is one of four distilleries that will make up the “Four Corners” range to be highlighted in the planned Johnnie Walker brand home to be built in Edinburgh, along with Caol Ila, Clynelish and Cardhu. As for the Johnnie Walker brand home, the BBC reported last month that Diageo has opened negotiations with the owners of the Princes Street building that formerly was home to the House of Fraser department store, which closed in September. Diageo executives confirmed the talks at the time, but declined comment while negotiations are underway.

That project is being done concurrently with the plans to revive the long-closed Brora and Port Ellen distilleries, originally expected to be completed in 2020. Highland Council has already signed off on planning permission for the Brora project, while the Port Ellen revival is taking longer. Diageo filed a “proposal of application notice” on December 7 with Argyll & Bute Council, which opens a public comment period on plans for the construction project and its potential impact on the community. The Council requires a minimum 12-week comment period before the final application for planning approval can be submitted. That period would end on March 1, clearing the way for Diageo to request final approval. Diageo executives have not given any guidance on whether the lengthy approval process will push back the reopening of Port Ellen to 2021. 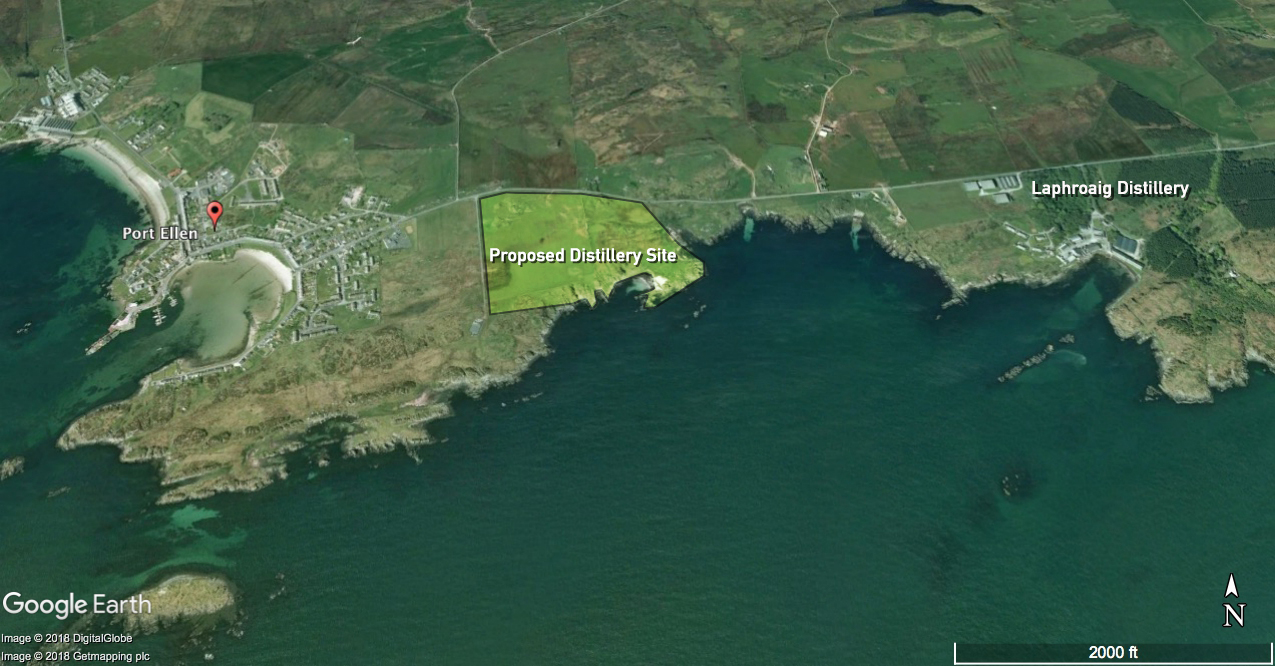 The coast of Islay between Port Ellen and the Laphroaig Distillery, where Elixir Distillers is seeking planning approval to build the island’s newest malt whisky distillery. Image courtesy Google Earth.

The other distillery project on Islay has cleared that stage, and Speciality Drinks/Elixir Distillers has filed its final application for planning approval with Argyll & Bute Council. The London-based company owned by Sukhinder and Raj Singh is seeking approval to build a new distillery along the A846 road east of Port Ellen between the town’s primary school and Laphroaig Distillery. In an email to WhiskyCast today, an Elixir Distillers spokeswoman said the company is declining interviews on the planned distillery until after planning permission is received. When completed, it would be the island’s tenth distillery.

Islay’s ninth – and newest – distillery is expected to begin production by the end of this month. Construction work is complete at Hunter Laing & Company’s Ardnahoe Distillery near Port Askaig, and commissioning tests are being done on the stills and other equipment, according to the company’s Scott Laing. One final sign-off from local authorities is all that remains for the island’s ninth working distillery to begin laying down spirit for future whisky releases.

Elsewhere, Isle of Arran Distillers is in the final stages of commissioning its new Lagg Distillery on the island’s southern coast. According to Arran’s David Ferguson, that work should be completed over the next few weeks with production to begin in February. The distillery will produce a heavily peated malt, while Arran Distillery in Lochranza will continue to focus on less heavily-peated malts. Lagg’s visitors centre will not open until later this spring. While no official date has been announced, it will be open well ahead of the island’s Malt & Music Festival at the end of June.

Editor’s note: This story was updated to include details on the progress of Lagg Distillery.