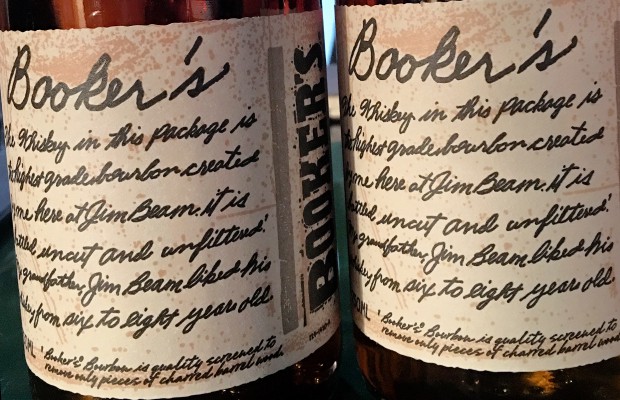 January 5, 2017 – As retailers try to decide whether to raise their prices for Beam Suntory’s Booker’s Bourbon now or wait until existing stocks have been depleted, the world’s largest Bourbon producer has responded to a series of questions over the sudden decision to phase in a planned price hike. Monday, Beam Suntory confirmed that instead of raising the suggested retail price of Booker’s from its longtime $59.99 per bottle to $99.99 on January 1, it would phase in the 66 percent price hike over a period of time. The first step in that plan was a 17 percent increase to $69.99, with prices to rise to around $74.99 by the end of 2017 and additional increases expected in 2018.

While not making company executives available for interviews, a Beam Suntory spokesman offered this statement in an email to WhiskyCast late Thursday as a response to questions posed Monday after the announcement.

“Several factors were taken into consideration in determining the pricing approach for Booker’s Bourbon, and in the final analysis, we simply decided to implement the previously announced pricing on a longer timeline. We regret any inconvenience to retailers and have communicated the updated suggested pricing approach of Booker’s Bourbon to our sales force and distributor partners. While we cannot directly control on-shelf pricing as a supplier, consumers should expect to see Booker’s pricing updated to an SRP of $69.99-$74.99 for the coming year.  Given the brand’s supply constraints, we aim to release one batch of Booker’s Bourbon per quarter in 2017, and we look forward to discussing the next batch in the months to come.”

The statement does not address the impact on consumers, nor does it say whether one of the factors in the change was the intense criticism on social media following the December 9 announcement and after a number of retailers raised prices on January 1. As previously reported, company executives have acknowledged that a Beam Suntory external spokesperson “misspoke” in confirming on December 9 that the price hike would not take effect until the first Booker’s release of 2017.

Listen to this weekend’s WhiskyCast for more on this story.