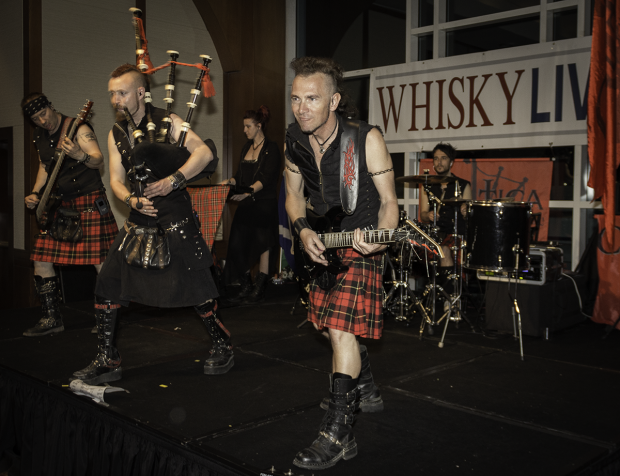 December 10, 2019 – A split between longtime partners is shaking up the 2019 calendar for whisky festivals in the United States. Paragraph Publishing, the owners of the Whisky Live brand along with Whisky Magazine, is working on new dates and venues for its events after splitting with Chicago-based Tasting Promotions LLC. The company owned by Dave Sweet had held the licensing agreement for rights to the Whisky Live brand in the U.S. and Canada since 2013, but that agreement expired after the Whisky Live Los Angeles festival in October.

Now, Sweet and his new partners are taking those shows and re-branding them under the “Whiskey and Barrel Nite” brand, with the first event scheduled to be held at New York City’s Metropolitan Pavilion on February 27, 2019. Sweet’s new “Spirits Marketing & Events, Inc.” also plans 2019 events in Los Angeles, Chicago, New Jersey, Louisville, and Pleasanton, California – using the same venues that had previously hosted Whisky Live. However, specific dates have not yet been confirmed for those events.

“We have run the shows entirely through our company, so we are rebranding our shows and expanding the shows,” Sweet said in an interview for the latest episode of WhiskyCast. “After 15 years of running the events and running the magazine for a half-dozen years, it was just time to go on different paths and different directions. We wish Paragraph all the best,” he said. Sweet and his partners plan to keep 80 to 85 percent of the new shows focused on whiskies, while allowing for more barrel-aged spirits that have a natural link because of their use of ex-whisky barrels.

Paragraph Publishing commercial director James Houlder declined to comment on the end of the relationship with Sweet’s organization in an email, other than to describe it as a “sensitive issue” and confirm that the company has no connection to the “Whisky and Barrel Nite” events. The company is currently working on plans for a new Whisky Live New York in May, along with events in Washington, DC in September and Chicago in October. Dates and venues are being worked out now, and Houlder hopes to have more details available soon.

The split ends a long relationship between Sweet and Paragraph Publishing that began in 2007, when he first licensed the Whisky Live brand for his whisky events at regional Highland Games in Illinois, Texas, and California. At that time, Paragraph was producing its U.S. events in-house using hired event planners, and eventually hired Sweet’s company to take over that role. Sweet also became the company’s U.S. representative responsible for Whisky Magazine ad sales and marketing, a role he held until the end of 2017.

In 2013, Tasting Promotions took on the franchise for the Whisky Live brand in North America, making Sweet’s company responsible for all aspects of producing the festivals. Unlike most other local and regional whisky festivals, the Whisky Live brand is owned by Paragraph Publishing and licensed to independent event promoters for specific countries. For instance, the highly successful Whisky Live Paris held each September is owned by French whisky retailer and distributor La Maison du Whisky, which licenses the exclusive rights to use the Whisky Live brand from Paragraph for France and its territories. Whisky Live London is the only show currently produced in-house by Paragraph, though the company indicates that it will produce the three new U.S. events in-house.

The change may not have a major impact on the already-crowded whisky festival schedules in New York City and Chicago – the only two markets where Whisky Live and Whiskey and Barrel Nite will compete head-to-head in 2019. Last month, the Jewish Whisky Company announced plans to mothball its series of “Whisky Jewbilee” festivals in 2019 in order to focus on expanding its Single Cask Nation independent bottling business. The first Whisky Jewbilee was held in New York City in 2012, and later expanded to include events in Chicago and Seattle. New York City and Chicago also both host Whisky Advocate magazine’s WhiskyFest events and the Independent Spirits Expo, while each city also has an extensive calendar of local whisky tastings and events.

Editor’s note: WhiskyCast’s Mark Gillespie previously served as the U.S. contributing editor for Whisky Magazine, and worked with both Dave Sweet and the UK-based Paragraph Publishing team in that role.