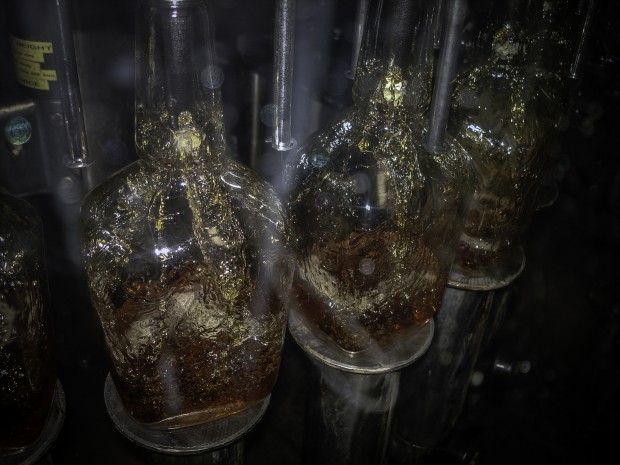 Updated March 23, 2018 – Maker’s Mark, Jim Beam, Jack Daniel’s, and other American-made whiskies will not become collateral damage in the Trump Administration’s desire to protect the U.S. steel industry from European competition – at least for now. United States Trade Representative Robert Lighthizer told members of the Senate Finance Committee Thursday that the European Union has been included on a list of trade partners to be temporarily exempted from punitive tariffs on steel and aluminum imports that took effect today. That list also includes Argentina, Australia, Brazil, and South Korea, according to the Washington Post. Lighthizer indicated that the U.S. will attempt to negotiate permanent exemptions with those allies, with the temporary exemption to expire on May 1 unless extended. Canada and Mexico had already been granted temporary exemptions while negotiations on possible changes to the North American Free Trade Agreement are underway.

The European exemption heads off an immediate threat from Brussels to impose retaliatory tariffs on exports of Bourbon and other American whiskies, however, European leaders are frustrated that the exemption is only temporary. British Prime Minister Theresa May told reporters in Brussels Friday that she and her colleagues “want to ensure that that does become a permanent exemption,” and reserve the right to move ahead with their list of proposed sanctions if negotiations fail. EU officials say the Trump Administration’s justification for the tariffs on national security grounds should not apply to close allies, and that the two should work together to counter Chinese “dumping” of steel and aluminum on world markets.

The Europeans have indicated for months that Bourbon would be included on a targeted list of U.S. exports from politically-sensitive states if the Trump Administration insisted on imposing tariffs on its steel and aluminum exports, and has begun the process of consulting its stakeholders on the process.

While Bourbon can be made in any U.S. state, more than 90 percent of Bourbon is produced in Kentucky, home to Senate Majority Leader Mitch McConnell. According to Commerce Department statistics, six of of the top ten export markets for Bourbon, Tennessee Whiskey, and other U.S. whiskies are European Union members, while Canada, Mexico, and Australia are also among the top ten. While EU leaders had specifically suggested Bourbon as a target for that reason, their list of proposed sanctions included all types of American-made whiskies including the most-widely exported brand, Brown-Forman’s Jack Daniel’s Tennessee Whiskey. Punitive tariffs could have had an impact on the trend of increasing exports of American-made whiskies, which account for around 70 percent of all U.S. spirits exports, according to the Distilled Spirits Council. While most of the impact of those tariffs would have been felt by major American whiskey exporters such as Beam Suntory (Jim Beam, Maker’s Mark), Brown-Forman, Heaven Hill (Evan Williams, Heaven Hill, Elijah Craig) and Sazerac (Buffalo Trace), the largest actual impact could have been on small-scale craft distillers trying to make inroads into the European spirits market.

The EU had also earlier indicated that tariffs would likely be imposed on Harley-Davidson motorcycles built in Wisconsin, the home state of House Speaker Paul Ryan, along with orange juice exports from the swing state of Florida. Tariffs also would likely have been imposed on American-grown corn, rice, tobacco, and other agricultural products, along with finished steel products.

The Distilled Spirits Council and the Kentucky Distillers Association have yet to comment on the Administration’s decision. WhiskyCast has contacted both organizations, and this story will be updated with additional details as available.

In addition to the steel and aluminum tariffs, President Trump Thursday announced plans to impose up to $60 billion in tariffs on goods imported from China and limit that country’s future investments in the U.S. technology industry. Trump accused China’s government of forcing American companies to share their technology and trade secrets with Chinese partners as a condition of doing business in that country. While the U.S. does export whiskey to China, the amount is not large enough to rank that country among the largest export markets for U.S.-made whiskies.