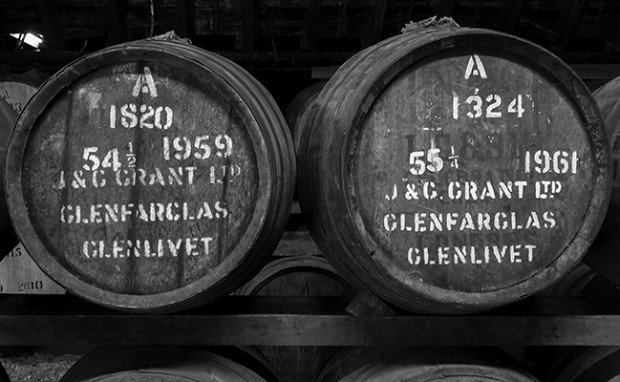 January 29, 2021 – Just weeks before Scotland’s Spirit of Speyside Whisky Festival was to unveil its schedule of events for this spring’s festival following last year’s Covid-forced cancellation, festival organizers have now decided to postpone the event until November. With new variants of the virus raising caseloads and concerns worldwide, the festival’s volunteer board was forced to backtrack on its optimistic plans to proceed with the original scheduled dates of April 28 through May 3.

“In the last three or four weeks with this new (UK) variant arriving which seems to be much more transmissible, and the second peak that we’re having in the UK, maybe even headed toward a third peak, you know…it’s just not going to happen,” festival chairman James Campbell told WhiskyCast in a telephone interview. “It’s going to be several months before all of the adults in the UK are vaccinated, maybe even as late as the 30th of September…with that timetable, there’s absolutely no way that we will be able to…never mind it’s simply not permitted to travel into Scotland at the moment,” he said while noting that travel remains heavily restricted within Scotland right now.

The annual festival draws thousands of tourists from around the world to the Speyside region of Scotland for events ranging from ceilidhs and tastings to exclusive distillery tours, and has been instrumental over the years in expanding the area’s tourism season into early spring. While there will be virtual events during the traditional festival weekend, this year’s festival will have the chance to extend the tourism season into the late autumn months with a schedule from November 3-8.

“Absolutely great whisky-drinking weather,” Campbell said with a chuckle. “You’ll have to wrap up very well, wear lots of warm clothing…we may just catch the end of our autumn season. The trees are all changing colour, but we may be a little too late for that. The key thing is, it’s the friendships, it’s meeting up, it’s being allowed to get access to distilleries, which at the moment is not possible,” he said. The schedule change is a one-time move, with plans already in place to hold the 2022 Spirit of Speyside Festival from April 27 through May 2, 2022.

The schedule for the spring’s virtual events will be released March 11, with tickets going on sale March 16. Current plans call for the November schedule to be released in time for ticket sales to begin September 1. Campbell hopes that by that date, government guidelines on social distancing and other public health measures will be clear enough to make a final decision on whether the festival can proceed.

“It’s a tight deadline, it’s only eight weeks until the actual event starts, but there will be accommodations on Speyside…you could provisionally book now, and there will still be time if you leave it for a month or two unlike the normal festival in April and May where you almost have to book a year ahead,” he said.

As of now, the Spirit of Speyside: Distilled festival scheduled at Elgin Town Hall the weekend of September 3-4 is still on the schedule. Campbell and his colleagues will look at the progress of vaccinations in late June and make a final decision around June 30. The festival board has already decided to cancel the annual Gin Experience in July.

The decision follows last week’s announcement that the Islay Festival of Malt & Music has been cancelled for the second consecutive year because of the pandemic. In addition, the organizers of The Whisky Fair in Limburg, Germany have also announced the cancellation of their festival again this April because of the pandemic, with plans to return on April 23-24, 2022.

Editor’s note: This story was updated to include audio from Mark Gillespie’s interview with James Campbell.