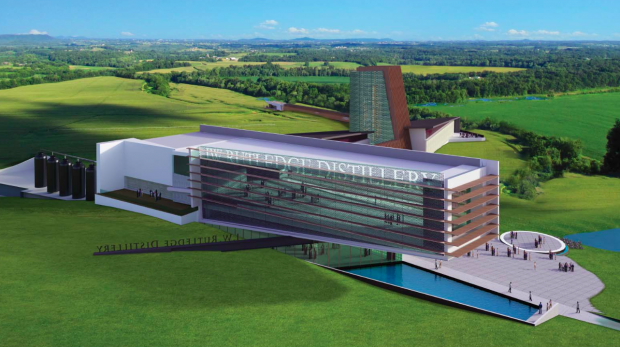 December 7, 2018 – After three years of starts and stops because of funding and health issues, construction of the J.W. Rutledge Distillery is likely to begin in 2019. Bourbon Hall of Fame member and longtime Four Roses master distiller and Jim Rutledge and his partners have settled on a site near La Grange, Kentucky northeast of Louisville in Oldham County, and are working on the final phase of raising $10 million in capital for the project.

“We hope to be there by early 2019…I don’t think we’ll make it by this year,” Rutledge said in a telephone interview with Mark Gillespie for the latest episode of WhiskyCast. “In addition to the $10 million, we’re making arrangements to secure a low-interest USDA loan for $12 million…between the two, we should be getting started late winter, very early spring at the latest,” he said, while noting that there is still room for potential investors to join the project.

Ironically, a recent meeting with potential investors led to news of the project’s status getting out before Rutledge and his team were ready to go public. The North Carolina-based architectural firm for the project issued a news release after presenting their concepts to potential investors, and Louisville Business First reported on the status Tuesday. Rutledge told WhiskyCast the preliminary release may have cost them a chance to qualify for economic development incentives, but also said it led to additional investors coming forward. “Things happen, and when they do, they do…and if it first tastes like lemons, then see what you can do to turn it into lemonade, and that’s what we’ve done, I think,” he said.

Rutledge’s partners in the distillery are Stephen Camisa, Jon Mowry, and Will Conniff. Camisa and Mowry are partners in Louisville’s Bedford & Grove law firm, and have worked with Rutledge dating back to his days at Four Roses. Conniff is the newest partner in the venture, and has been working as a consultant since retiring from Southern Wine & Spirits in 2016. The partners have been working with Venture First in Louisville to find additional investors for the project, but plan to maintain majority control. “We don’t really want one or two investors coming in and acquiring more than 50 percent, and for example, telling us to run some blackberry-flavored Bourbon,” Rutledge said with a laugh.

Once the funding is complete, Rutledge said there are still a lot of pieces that have to come together. The likely site on 183 acres of farm land in Oldham County still needs to be re-zoned from its current agricultural status for use as a distillery, and Rutledge says water and natural gas lines would need to be extended to the site as well. Plans include a biomass digester to convert distillery waste into methane gas for fuel, along with a geothermal heating and cooling system. The firms of Luckett & Farley and pod architecture + design are providing engineering and architectural services for the project. Louisville-based Luckett & Farley has extensive distillery experience with work on many of Brown-Forman’s distillery projects in Kentucky and Tennessee, while Pod recently won an award for its work with Rabbit Hole Distilling in Louisville, which opened earlier this year. 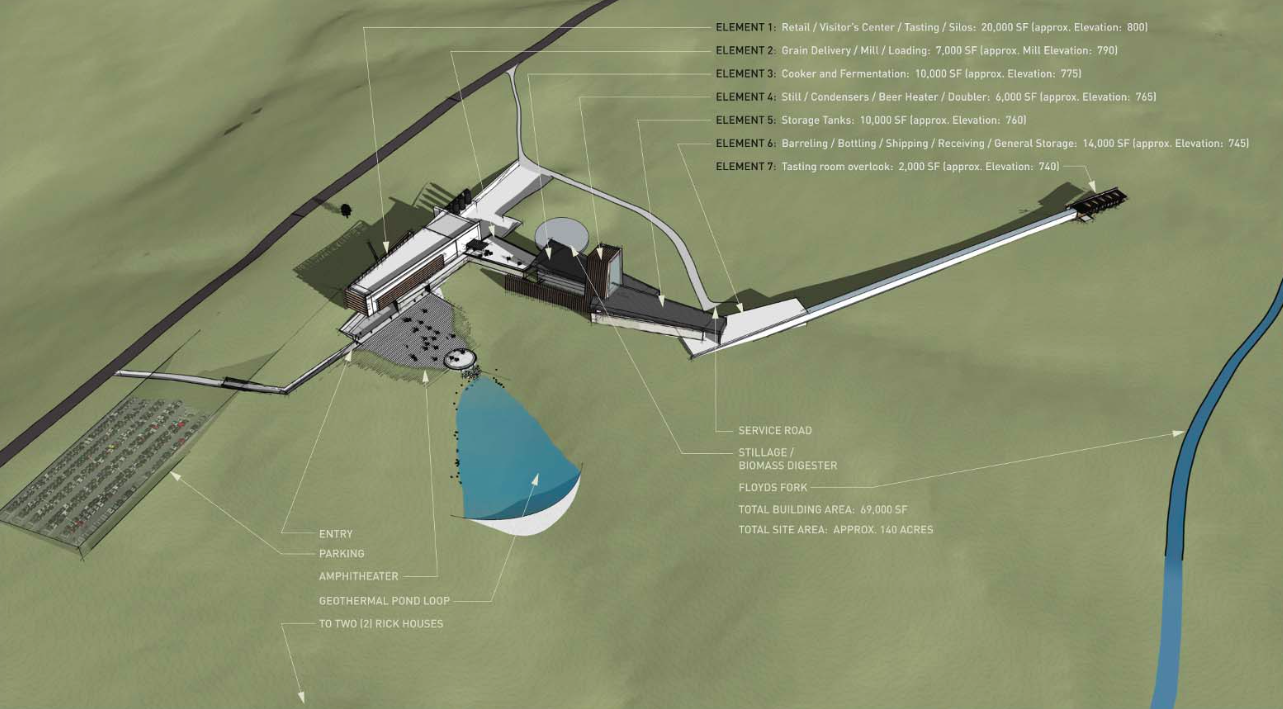 The project will include a visitors center, and the proximity to Louisville would make it a natural stop for tourists along the Kentucky Bourbon Trail. The site is right off the La Grange exit on Interstate 71 about half an hour northeast of Louisville, and is 12 miles north of Interstate 64 linking Louisville and Lexington.

Rutledge, Camisa, and Mowry first proposed the distillery project in the spring of 2016 and began a crowdfunding campaign to give small investors a chance to have a stake in the project, only to cancel it within days after receiving “lackluster” results and negative feedback on social media. The project suffered additional delays in 2017 when a major investor withdrew support and after Rutledge suffered a heart attack. He notes that the health scare forced him to start taking better care of himself and is now exercising regularly and eating better, while looking forward to getting back into a distillery on a regular basis. He has been doing some contract distilling work at Castle & Key Distillery on a project with Louisville entrepreneur Brook Smith to produce a Bourbon that will eventually be sold to benefit educational programs in Eastern Kentucky.