McGregor Sticking with Proper No. Twelve Brand After Sale 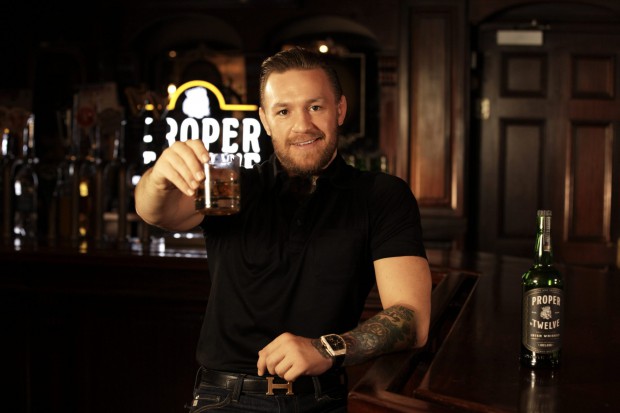 April 27, 2021 – Mixed Martial Arts fighter Conor McGregor has already made millions of dollars from his Proper No. Twelve Irish Whiskey brand, and stands to make even more in the coming years following the sale of the brand to Becle. The Mexican-based holding company for the Beckmann family’s spirits portfolio disclosed in today’s quarterly earnings report that it has completed the acquisition of the 51% stake in Eire Born Spirits owned by McGregor, his manager Audie Attar, and spirits entrepreneur Ken Austin.

In its earnings announcement, Becle said that McGregor and his partners will “retain an interest” in the brand and McGregor will continue as its spokesman. Chief Financial Officer Fernando Suárez Gerard told analysts during a conference call that the company paid $169 million to take majority control of Eire Born Spirits, with a “total aggregate” investment of $244 million.

However, the brand’s spokespersons are not denying a Shanken News Daily report that the deal could be worth as much as $600 million to the founding partners over time. That figure likely reflects the potential for revenue sharing from future sales of Proper No. Twelve in the coming years, similar to previous deals for celebrity-owned spirits brands. Executives for Becle’s Proximo Spirits unit declined WhiskyCast’s request for interviews following the announcement.

The acquisition was announced earlier this year during Becle’s year-end earnings report, but left McGregor’s future role with the brand in question as Becle executives declined comment on whether the controversial fighter would remain the “face” of the brand. The Dublin native has been involved in a number of legal issues since he and his partners founded the brand in 2018, including one where he punched an older bar patron in 2019 after the man refused his offer of a glass of Proper No. Twelve. McGregor later pleaded guilty to assault charges, but the story added a new chapter last week when The Currency reported that he is purchasing the Marble Arch pub where the incident took place – and McGregor promptly banned not only the patron, but the journalist who broke the story in a Twitter post. 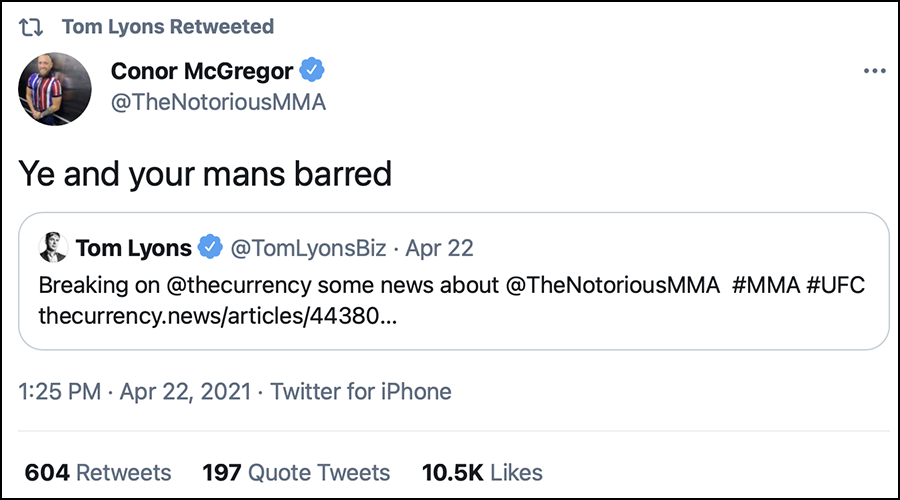 Becle was the fourth partner in Eire Born Spirits, with a 20% ownership stake initially and options to acquire the rest of the company over time. Last year, Becle exercised an option to increase its ownership to 49%, and while the original announcement noted that it intended to “acquire 51% of the equity interests of EBS,” today’s earnings report noted only that Becle has acquired “additional equity interests” in the company. However, specific terms of how much ownership McGregor, Attar, and Austin retain was not disclosed.

Becle’s Proximo Spirits division will take on responsibility for Proper No. Twelve, which is blended at the company’s historic Old Bushmills Distillery in Ireland. In a news release, Proximo president and CEO Mike Keyes said “it is rare to see a celebrity impact a brand the way Conor McGregor has Proper No. Twelve Irish Whiskey, and I have not seen many brands in the spirits industry catapult to this level of success in such a short period of time.  This agreement is a vote of confidence in the incredible potential of this brand and a testament to the incredible work of Conor, Audie, Ken and the Proper No. Twelve team, as well as the efforts of Proximo and its distributors, who have all made this success possible.”

Editor’s note: This story was updated with additional information from Becle’s conference call, along with the company’s decision to decline our request for interviews.