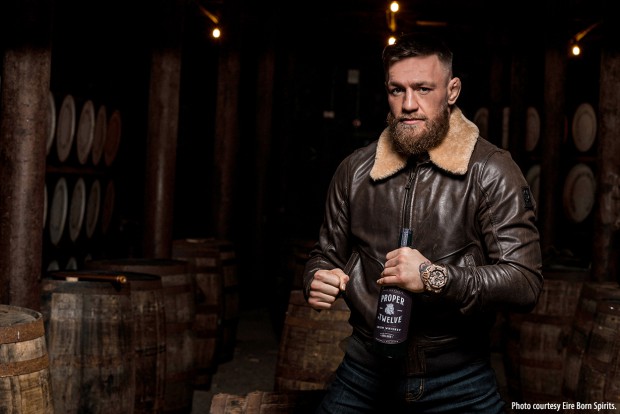 March 1, 2021 – A little-noticed line in the annual financial statement for Mexican drinks conglomerate Becle could mean the impending end of MMA champion Conor McGregor’s relationship with Proper No. Twelve, the Irish Whiskey brand he helped create. Becle is the holding company for the Beckmann family’s extensive spirits portfolio built around Jose Cuervo Tequila, but the family’s influence has grown in recent years with the acquisition of the Old Bushmills Distillery in Ireland and the Bushmills Irish Whiskey brand, as well as Three Olives Vodka and Kraken Rum.

Here’s the specific line from the Becle news release:

“On February 23, 2021, the Company provided notice of the exercise of its call option to acquire 51% of the equity interests of EBS.” 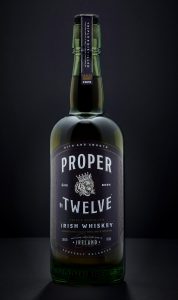 EBS is Eire Born Spirits, the company McGregor founded with his manager, Paradigm Sports Management CEO Audie Attar and spirits industry entrepreneur Ken Austin to bring the Proper No. Twelve brand to market in 2018, naming the whiskey after the postal code for McGregor’s neighborhood of Crumlin in Dublin. At the time, Becle held a 20% stake in EBS, and has used its resources and personnel at Bushmills to produce the whiskey. In addition, Proximo Spirits, Becle’s U.S.-based subsidiary, holds the U.S. distribution rights for Proper No. Twelve. According to Wine & Spirits Daily, Becle exercised an option in 2020 to increase its ownership stake to 49% in a deal that valued the company at approximately $235 million at the time.

While the language in Becle’s news release was ambiguous enough to raise questions about whether the Beckmann family was only acquiring enough shares to own a 51% majority interest in EBS or the 51% equity Becle does not already control, a Becle spokesman confirmed to WhiskyCast via email that the option covers the remaining equity in EBS, with the deal expected to close in the second quarter of 2021. The statement did not mention that Becle already owned 49% of the equity in EBS.

In the Becle conference call Thursday following the statement’s release, Proximo Spirits CEO Mike Keyes referred to Proper No. Twelve as the “fastest growing brand in the Irish whiskey category.” McGregor has been extensively involved in promoting the brand through tie-ins with his MMA career and social media as well as traditional advertising.

However, he has also been involved in a number of incidents since the brand’s debut, including a 2019 assault conviction after he pleaded guilty to punching a patron in a Dublin pub after the man turned down a dram of Proper No. Twelve. McGregor paid a €1,000 fine along with compensation and an apology to the victim.

When asked whether McGregor will have an ongoing role with Proper No. Twelve after the deal closes, given that he will no longer have an ownership stake in the brand, Becle’s spokesman declined to comment, saying only that “we expect to announce further details upon the closing of the transaction.”

McGregor, who lost his last UFC fight January 24 to Dustin Poirier, has not addressed the Becle sale publicly, nor have Attar or Austin. WhiskyCast has contacted the U.S.-based media relations agency for Proper No. Twelve along with Austin and Paradigm Sports Management, but has not yet received responses.