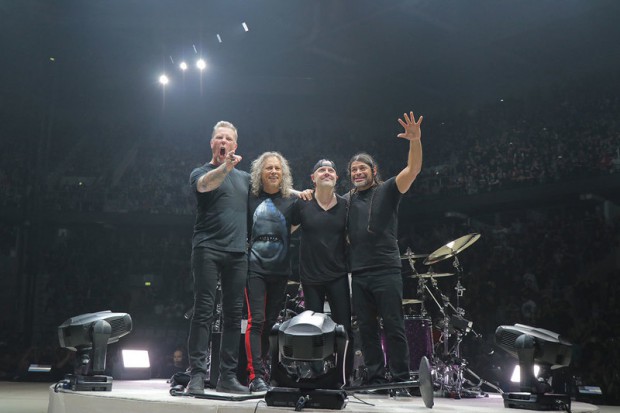 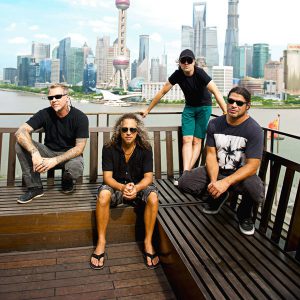 March 3, 2018 – Musicians and whiskey have always been a natural combination, and as more musicians leverage their personal brands with investments in the whiskey industry, there’s word that the members of the legendary rock band Metallica are joining in that trend. Veteran distiller Dave Pickerell disclosed the news exclusively to WhiskyCast that he’s working with the band on not only a Metallica-themed whiskey, but there are also plans to invest in a distillery as well.

“I can just say that we’re going to make a killer whiskey product, and probably build a little distillery someplace as well…putting all the logistics together and crashing just as hard as we can,” the former Maker’s Mark master distiller said in an interview for Episode 682 of WhiskyCast during the Go Whisk(e)y Weekend at Julio’s Liquors in Westborough, Massachusetts. Pickerell had only just been given permission to disclose the plans, while representatives for Metallica have not responded to emails seeking confirmation. 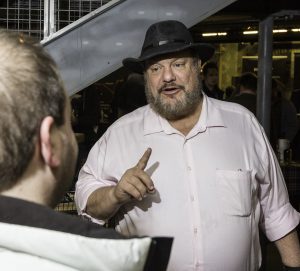 Metallica is one of rock music’s iconic bands, and was inducted into the Rock & Roll Hall of Fame in 2009. The band unveiled its schedule for a 2018 concert tour this week, and after WhiskyCast posted the news on social media, reaction from Metallica fans was enthusiastic:

Metallica is known for performing “Whiskey in a Jar” on stage, and some of the band’s fans worked puns around that song into their reactions – along with other puns. 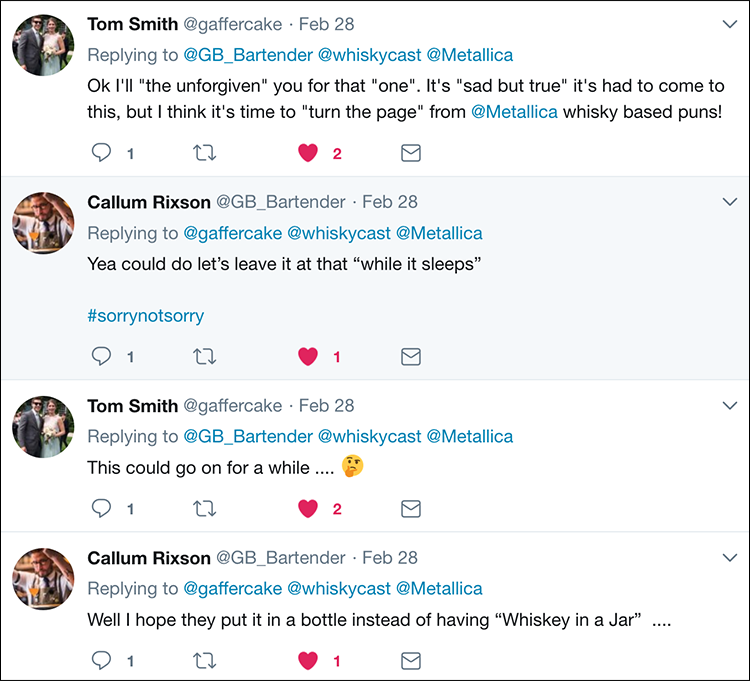 “We’re excited that a band at their level can really turn a fringe drinker into a full-time whiskey drinker,” longtime concert promoter and music industry executive Danny Wimmer said. “With their platform, they have a huge reach…I think it’s going to be exciting for the whiskey business,” he said. Wimmer produces the Bourbon & Beyond whiskey and music festival, which will be held for the second year at Louisville’s Champions Park this September.

Once the whiskey is released, Metallica will join a growing roster of musicians with ownership stakes or licensing agreements with American Whiskey brands. Country music’s John Rich has a stake in the Redneck Riviera whiskey brand in collaboration with Oregon’s Eastside Distilling, while Jake Owen is an investor in Beach Whiskey, Darius Rucker is a partner in Backstage Whiskey, and the Florida Georgia Line duo of Tyler Hubbard and Brian Kelley are partners with Proximo Spirits in the Old Camp whiskey brand. On the rock charts, the Flaming Lips teamed up with FEW Spirits to release Brainville Rye Whiskey in 2016.