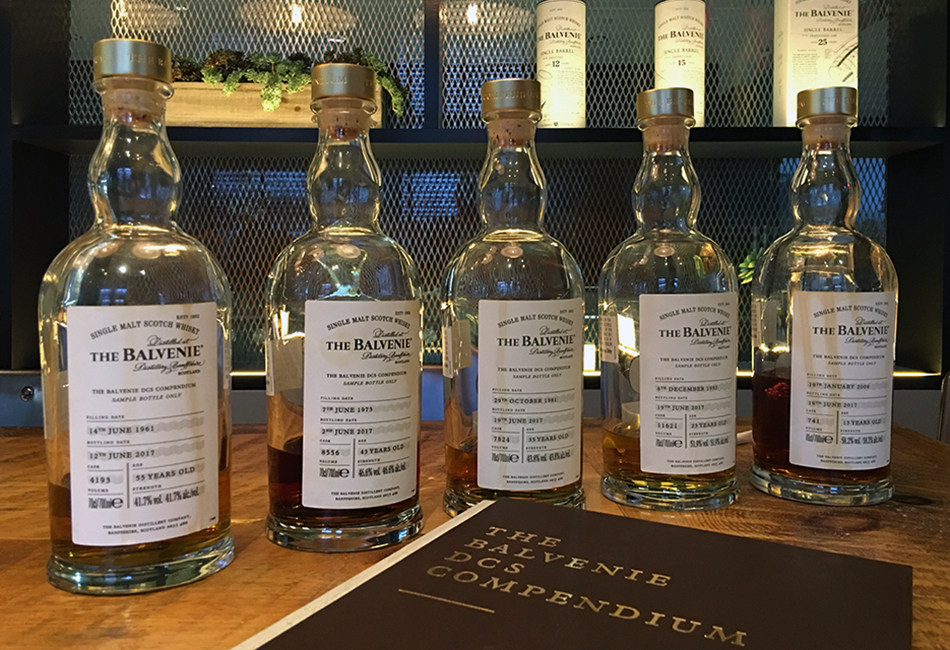 What’s it like to taste five rare whiskies worth $60,000? In our latest “One on One” tasting, we’ll sit down with Gemma Paterson of The Balvenie to taste Chapter 3 of the DCS Compendium: five single cask whiskies selected by longtime Malt Master David Stewart MBE. Stewart selected a total of 25 casks in 2015 that represent the breadth and depth of his work at The Balvenie over 55 years, with the five casks to be released each year representing a different element of the whisky-making process. 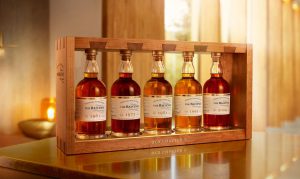 Chapter 3 has been dubbed “Secrets of the Stock Model” to represent Stewart’s record in managing the distillery’s cask inventory through both good and bad times for the Scotch Whisky industry.

The casks in this chapter range from a 13-year-old cask filled in 2004 to the oldest bottling ever of The Balvenie: a 55-year-old cask filled in 1961 – the year before David Stewart joined William Grant & Sons as a member of the whisky supply team. Only 50 sets of each chapter are available worldwide, with a recommended retail price of $60,000 each.

While the complete set of Chapter 3 bottles is priced at $60,000, there is a much less expensive way to taste them. The Four Seasons Hotel in New York City acquired a set for its Ty Bar, and offers a tasting flight of all five whiskies for $5,000.