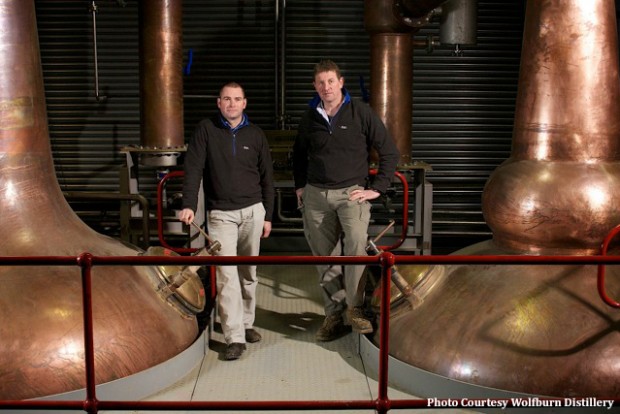 Scotland’s newest distillery has gone into full production as Wolfburn Distillery started filling its first casks on January 25. The distillery becomes the northernmost distillery on the Scottish mainland, located in Thurso about 20 miles north of Wick in Caithness.

Wolfburn’s history dates back to 1821, when the Smith family built the original Wolfburn distillery several hundred yards from the new facility. At one point, Wolfburn was the largest distillery in the region, but closed sometime during the late 18th Century. Construction began on the new distillery in August, with Shane Fraser being hired away from Glenfarclas Distillery in Speyside to serve as Production Manager, and then some. Shane and the only other employee, Matt Beeson, do everything from checking in malt shipments to brewing, mashing, distilling, and filling casks.

The first bottling of whisky from Wolfburn is expected in 2016. To hear an interview with Shane Fraser, listen to Episode 410 of WhiskyCast.