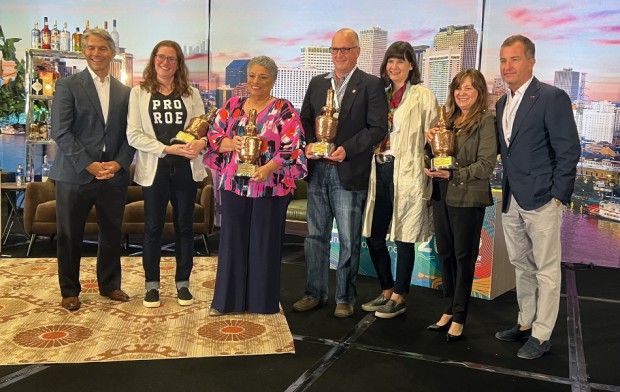 Catoctin Creek’s Scott and Becky Harris were honored with the Dave Pickerell Memorial Craft Member of the Year Award during last Thursday’s Distilled Spirits Council awards luncheon in New Orleans. The Harrises have been leaders in the craft distilling movement for more than a decade, and are perfectly placed to explain the issues many small-scale distillers face in today’s crowded marketplace. We’ll talk with them on WhiskyCast In-Depth and check in with Nicole Austin of George Dickel on Behind the Label. She was honored with the Emerging Leader of the Year Award, days after shocking a few purists by releasing a 15-year-old underproof spirit under the Cascade Moon label. In the news, a TTB proposal on American Single Malts could be just days away, and we’ll hear from TTB Deputy Administrator David Wulf.