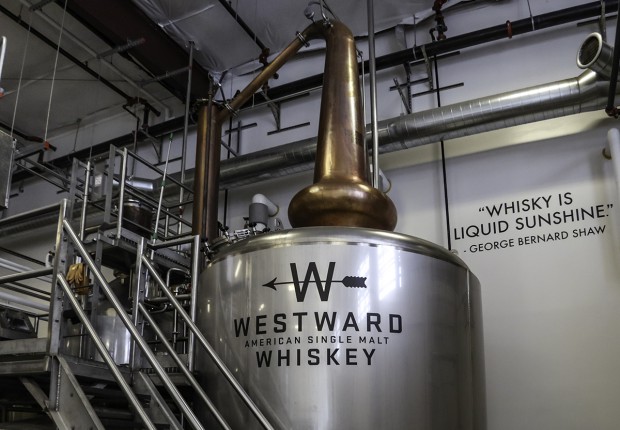 This week, we’ll visit House Spirits Distillery – part of Portland’s “Distillery Row” along the eastern banks of the Willamette River. House Spirits is the home of Westward American Single Malt Whiskey, and head distiller Miles Munroe will take us on a tour of the distillery during WhiskyCast In-Depth. We’ll also talk with Jeneen Bell, the president of Portland’s 300-member Women Who Whiskey chapter, about what makes Portland a good place to drink. In the news, cleanup work is slowly progressing at Kentucky’s Barton 1792 Distillery following the recent rickhouse collapse, but it could take months to work through a massive pile of around 18,000 whiskey barrels. Templeton Rye has opened its $35 million distillery in Iowa, and we’ll have the latest on new whiskies from Scotland and Kentucky, too.