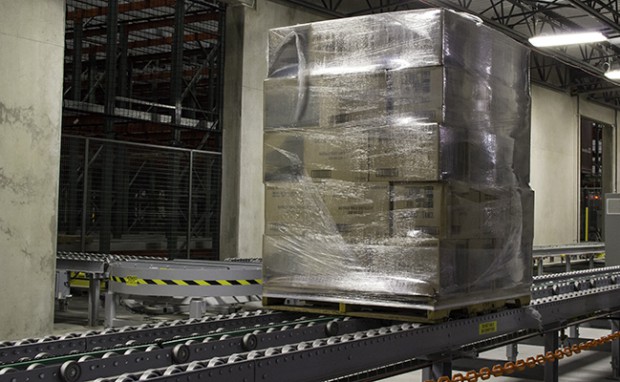 February 2, 2016 – U.S. whisky sales showed solid growth across the board for the second straight year as overall sales of distilled spirits once again cut into beer’s share of the alcoholic beverage market. Domestic whisky sales gained eight percent, with 59.4 million (9-liter) cases of whisky sold during 2015 according to the Distilled Spirits Council of the United States. The trade group held its annual economic briefing today at the New York Yacht Club, and placed the value of those sales at a record $8.1 billion.

Bourbon and Tennessee Whiskey continued to dominate the sector, accounting for around one of every four bottles of whisky sold during the year and a 5.9% increase in sales volume over 2014. Sales grew at both ends of the price spectrum, with “value” brands (retail price of $12/bottle or less) gaining 4.8% in volume and brands defined as “high end” (retail price of $20-30) and “super premium” ($30+) gaining 6.8% and 25.2% respectively. Volume in the intermediate “premium” category ($12-20 per bottle) declined 2.6% as consumers traded up to more expensive brands of Bourbon and Tennessee Whiskey, according to DISCUS Chief Economist David Ozgo, who cites increased consumer interest as awareness of American whiskies has grown in recent years. “It never ceases to amaze me…the number of articles in either the food section or the style section whether it be online or in the newspaper…it seems like once a week or more than once a week, we’re talking to a reporter where they’re trying to get background on what these trends are,” he said. One of the biggest trends continues to be Rye whiskey, which showed a sales gain of 19.5% during 2015 reflecting increased availability as stocks of rye distilled in recent years reach maturity. The one American whiskey category showing declines was corn or “white” unaged whiskey, which declined 3.7%.

Listen to the DISCUS briefing:

Imported whiskies also showed significant gains during 2015, with sales of Single Malt Scotch up 13%, Canadian Whisky up 2.5%, and Irish Whiskey up 16.1%. Overall sales of Blended Scotch Whisky fell by 1.3%, though that was offset largely by stronger sales of blends in the “super premium” category, which was up 11.1%. Blended Whiskey sales gained 8.8%, largely on the growth in the flavored whiskey sector. The report did not include data on the sales of so-called “world whiskies” from Japan, Taiwan, and other whisky-producing countries.

Whiskies account for 69% of all U.S. spirits exports, and the overall volume of those exports grew four percent, with whiskies accounting for 3.4% of that growth. However, the stronger dollar cut into the value of those exports, leaving the overall value relatively unchanged at $1.56 billion for 2015. The UK remains the top market for exports, with a projected value of $226 million in sales – up 26.7% from 2014. Canada, Germany, Australia, and Japan round out the top five export markets for U.S. spirits.

DISCUS officials expressed hope that the Trans-Pacific Partnership treaty covering the U.S and 11 other Pacific Rim nations would lead to increased spirits exports to TPP signatories as tariffs on U.S. spirits are reduced. The agreement would also extend protection for Bourbon and Tennessee Whiskey against counterfeiting in those countries. DISCUS President and CEO Kraig Naasz predicted Congress would consider ratification of the treaty at the end of this year during the traditional “lame duck” session following November’s elections.  The briefing was the first for Naasz, who took over following Dr. Peter Cressy’s retirement on January 1.

Despite the increased interest in “craft” brewing and locally produced beers, whisky and other spirits continue to cut into beer’s overall share of the U.S. drinks market. Spirits now account for 35.4% of the alcoholic beverage market, up 0.2% from 2014 and 0.7% over 2013, while beer’s share of the market has fallen to 47.5%, down 0.8% over the same period. Wine’s market share has been flat at 17% for the past three years.