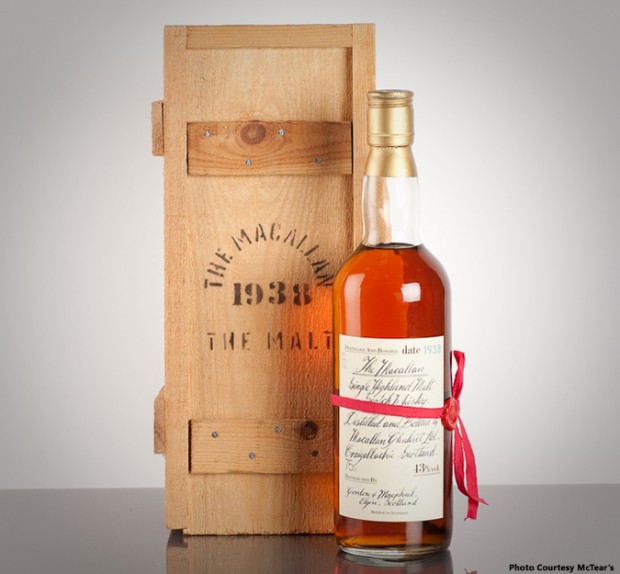 Several other rare Macallans recieved high bids, including £1,800 for a bottle of the Royal Marriage 1981 edition that fetched nearly double the pre-auction estimate and  £1,200 for a 25-year-old Macallan distilled in 1962 and bottled for British Aerospace PLC.

The most unusual bottle on the block was one salvaged from the 1895 shipwreck of the SS Wallachia in Scotland’s Firth of Clyde. Divers discovered the shipwreck and were able to recover several bottles of Robert Brown’s Four Crowns blended Scotch whisky. The bottle sold for a hammer price of £900, right within the pre-auction estimate of between £700-1,000.