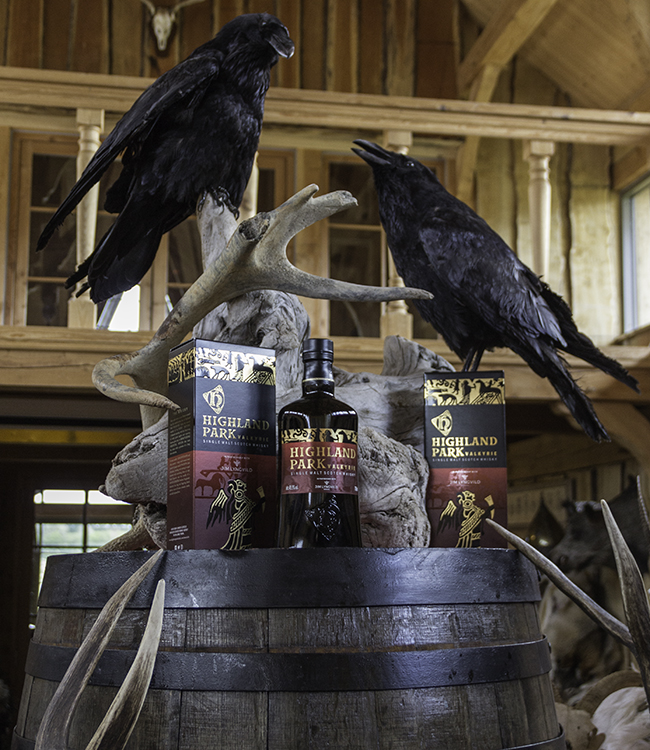 This week, we’re in Copenhagen, Denmark for the launch of Highland Park’s new Valkyrie single malt and new packaging for its core range that doubles down on the Orkney distillery’s Viking heritage. The Vikings ruled Scotland’s Orkney Islands for around 800 years, and one out of three Orcadians today can still trace some of their lineage back to the Vikings. It’s been ten years since Highland Park started embracing that lineage, and we’ll discuss the thought processes behind a brand makeover with Highland Park’s Jason Craig and Danish designer Jim Lyngvild, who created Valkyrie’s unique look – and traces his own Viking heritage back to one of Orkney’s early rulers. We’ll also discuss the process of creating a new whisky from scratch with Highland Park’s lead whisky maker, Gordon Motion.

In the news, Scotch Whisky exports rose in 2015 on stronger sales overseas following the Brexit-induced freefall of the British pound. Environmental activists and the whisky industry are both criticizing a Scottish Government plan that could open up Scotland to fracking for shale gas with possible environmental impacts. Louisville now has its own official “Bourbon District” along Main Street’s Whiskey Row, and a Speyside cooper set a new world record this weekend during the Spirit of Speyside Festival.