US Spirits Industry Makes Gains in 2020 Despite Covid, Tariffs 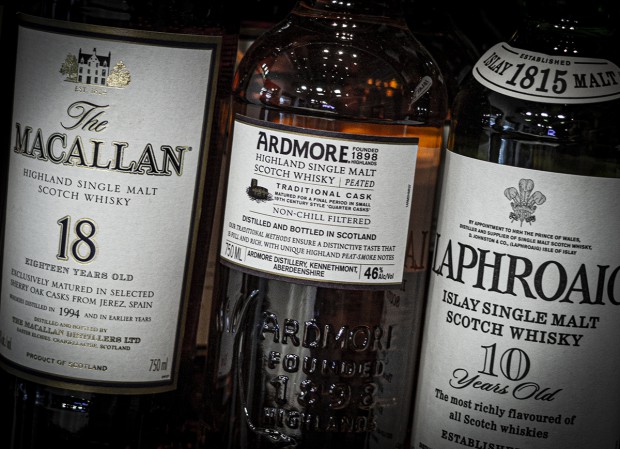 January 28, 2021 – 2020 was not a good year by virtually all measurements, but the U.S. distilled spirits industry managed to squeak out gains despite the economic impacts from the Covid-19 pandemic and the ongoing trade war between the United States and the European Union. The Distilled Spirits Council of the United States reported industry-wide growth of 5.5 percent in revenue and 5.3 percent in growth for 2020 over 2019, with consumers spending more money in the “off-premise” retail sector as many of the nation’s bars and restaurants were forced to close or scale back operations during the pandemic.

Liquor stores and other retailers nationwide showed a 16.3 percent increase in sales during the year ending December 27 over the previous year. The “off-premise” sector usually accounts for about 80% of distilled spirits sales in normal years, and DISCUS chief economist David Ozgo told reporters during the Council’s annual economic briefing that growth helped mitigate some of the impact from a 44% decline in “on-premise” sales at bars and restaurants. “In addition to not spending on spirits at bars and restaurants, they weren’t dining out, we weren’t traveling nearly as much…this gave the consumer a lot of disposable income – if you were still fortunate enough to have a job, of course,” Ozgo said.

Overall sales of American whiskies grew by 7% over 2019 to the equivalent of 28.4 million 9-liter cases by volume, with revenue up by 8.2 percent to $4.3 billion. Blended whiskey sales grew by 8 percent, while Canadian Whisky recorded one of its strongest gains in recent years with a 4.4 percent increase and Irish Whiskey sales grew 2.9 percent.

On the export side, American whiskey also suffered again in 2020 because of the European Union’s 25% tariff imposed in June 2018. Since that tariff went into effect, overall global exports of American whiskies are down 28.9 percent. The European Union nations account for 52% of total U.S. whiskey exports, while the UK accounts for 16%. Since the imposition of the tariffs, exports to the EU nations are down 53% and UK exports are off by 38%. The situation could become even worse this year, since the EU’s tariff is automatically scheduled to double to 50% this June unless the two sides resolve their differences.

“We do have a new administration that has a new approach to trade, and we are hopeful and we have seen some comments from key officials that they are looking to solve these disputes and hopefully reset the relationship with some of our allies,” DISCUS public policy chief Christine LoCascio told reporters. The council joined with more than 70 other industry groups in the U.S. and Europe Monday in asking U.S. President Joe Biden and European Commission President Ursula von der Leyden to suspend the tariffs on both sides.