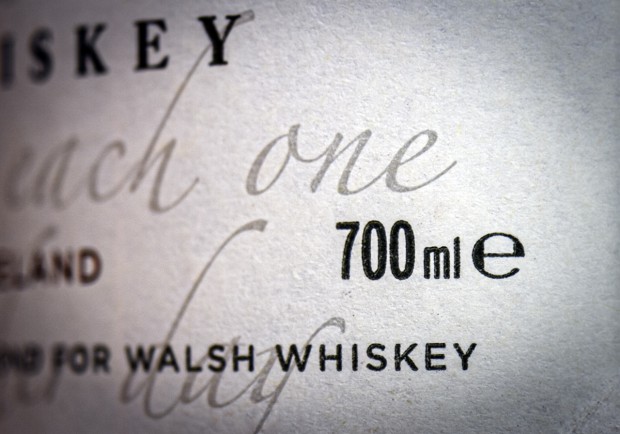 December 28, 2020 – Years of frustration from America’s whisky lovers may be near an end, as the federal government is about to open up the U.S. market to whiskies never before imported into the United States. The Treasury Department’s Tax and Trade Bureau, which regulates alcoholic beverages at the federal level, will publish new regulations Tuesday in the Federal Register on the so-called “standards of fill” for distilled spirits and wine.

That change will allow 700ml bottles to be imported legally for sale in the U.S. for the first time. 700ml has been the European Union standard  f0r more than three decades, while the U.S. settled on a 750ml standard when the Carter Administration adopted metric measurements in 1980. The change only affects commercial imports of whiskies and other distilled spirits intended for resale — travelers returning from overseas trips with whiskies have not been affected by the regulation.

While the difference is small — 50ml is the standard “airline size” bottling, that difference has created massive headaches over the years for whisky makers when it comes to making their whiskies available in the lucrative U.S. market. It forced whisky makers to produce 700ml bottlings for the European market and special 750ml bottlings to sell in the U.S., and many small independent bottlers and distillers chose to avoid the extra costs and not export their whiskies to the U.S. In addition, it will allow smaller American distilleries to produce 700ml bottles for sale in export markets and at home for the first time.

That was one of the reasons TTB officials cited in their reasoning behind the regulatory change, along with a desire to “eliminate restrictions on competition and the movement of goods in domestic and international commerce.” The change takes effect immediately upon publication in the Federal Register, and will leave South Africa as the only country where 750ml bottles are a national standard. Most other countries either use the European 700m standard or have no established “standards of fill” regulations.

The regulatory change began in July of 2019, when the TTB started soliciting public and industry comments on the proposed change. At the time, the agency’s plan was to essentially eliminate all specific bottle sizes and set only minimum and maximum sizes. However, industry opposition led to the final regulation, which adds 700ml as a standard size along with 720ml, 900ml, and 1.8 liter sizes for distilled spirits while allowing 200ml, 250ml, and 355ml sizes for wines. The additional sizes for distilled spirits were added to bring U.S. regulations into line with the latest free trade agreement between the U.S. and Japan, where producers of shochu and other spirits traditionally use those sizes.

The decision came despite industry opposition, with Möet Hennessy USA and Constellation Brands along the companies objecting to the addition of  700ml as an approved bottle size. Industry objections included the potential for consumer confusion between 750ml and 700ml bottle sizes as well as the claim that allowing 700ml bottles would open the U.S. market up to “grey market” or counterfeit whiskies. TTB’s statement indicates that current enforcement efforts would be sufficient to tackle any counterfeiting issues, while past experience with imported beers and malt beverages where there are no specific “standards of fill” show no issues with consumer confusion.