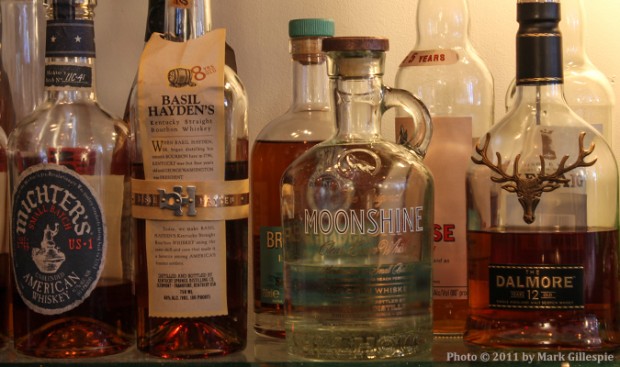 Spirits sales in the United States rose by 3% in volume during 2012, according to data released by the Distilled Spirits Council of the United States today.  Revenue grew by 4.5%, largely on increased sales of whiskies and higher-end spirits in other categories.

The data is based on wholesale shipments from producers and importers to distributors, along with export sales. Bourbon and Tennessee Whiskies remained the largest-selling whisky category, with volume up 5.2% to 16.9 million 9-liter cases and revenue up by 7.3% to $2.2 billion. DISCUS reports 46 new Bourbons were introduced during 2012, with 3 flavored whiskeys joining the market.

Single Malt Scotch Whiskies continued to show rapid growth, with a 13% increase in volume and 16.4% increase in revenue. The trend toward premium whiskies was also reflected in Blended Scotch sales, which fell 0.4% in volume but gained 3.9% in revenue to $1.3 billion in sales. Irish Whiskey remained the fastest-growing category overall, with volume up 22.5% and revenue up by 23.7%.

American Whiskies accounted for 68% of the record $1.5 billion in U.S. spirits exports during the year. with exports growing by 10.4% over 2011. Canada led the list of export destinations again in 2012, followed by Australia, the United Kingdom, Germany, France, Japan, The Netherlands, Spain, Mexico, and Italy.

For more on this story, listen to Episode 411 of WhiskyCast.