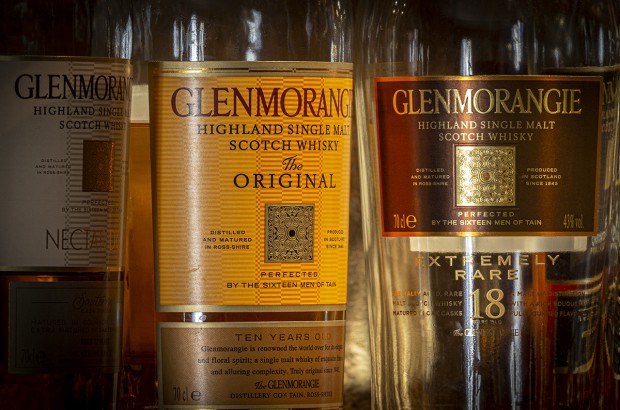 October 18, 2019 – Hopes in the Scotch Whisky industry for a last-minute reprieve from the Trump Administration’s new 25% tariff on imports of single malt whiskies from Scotland and Northern Ireland have been dashed. The tariff went into effect at midnight on all imports of those single malts and a wide range of other European goods, with no grace period to allow for shipments already in transit.

The whisky tariff is part of a $7.5 billion package of countermeasures that received final approval Monday from the World Trade Organization to compensate for European Union subsidies to aircraft giant Airbus in a 15-year-long dispute. A WTO dispute resolution panel ruled in favor of the U.S., which argued that low-interest loans to Airbus from the governments of the United Kingdom, France, Germany, and Spain violated WTO rules on government subsidies. The dispute was prompted originally by Boeing, which claimed that the low-interest loans gave Airbus an unfair advantage in developing new aircraft models to compete with Boeing. A similar complaint filed by the European Union accusing the U.S. of providing similar illegal subsidies to Boeing is in the final stages of the WTO’s dispute resolution process, with a ruling expected several months from now.

Scotch Whisky Association officials have been working with British Prime Minister Boris Johnson’s government in an attempt to head off the tariff. Single malts from Scotland and Northern Ireland were specifically targeted because of the UK Government’s role in the Airbus subsidies, and SWA chief executive Karen Betts said her members are being unfairly targeted for a dispute they had no role in.

“Scotch Whisky is now paying for over 60% of the UK’s tariff bill for the subsidies it provided to Airbus, eight times more than the next most valuable UK product on the tariff list. That Single Malts are being targeted is particularly damaging for smaller producers, who stand to be the hardest hit,” Betts said in a statement.

The association projects lost sales to Scotch Whisky’s largest export market by value could reach 20% over the next 12 months. That is similar to the 21% loss in export sales of Bourbons and other American whiskies to the European Union following the EU’s imposition of a 25% tariff on those whiskies in July of last year to retaliate for US tariffs on European steel and aluminum imports.

Until that tariff was imposed, whiskies and other alcoholic beverages had been tariff-free in trade between the United States and the European Union since 1994. That easy access to export sales for whisky producers in both countries has been seen as one of the contributing factors in the global whisky boom. The SWA and 14 other spirits trade associations called on both the Trump Administration and European leaders to resolve their differences over the aviation dispute.

“The next quarter is the busiest time of the year for spirits and wine producers on both sides of the Atlantic as consumers gear up for holiday gift-giving and entertaining.  In order to protect the jobs and communities we support, we urgently call on the U.S. and the EU to reach an agreement to de-escalate the current trade disputes by immediately and simultaneously removing the EU’s retaliatory tariff on U.S. whiskey and the U.S. tariffs on EU spirits and wines,” the associations said in a joint letter to US Trade Representative Robert Lighthizer and the European Commission.