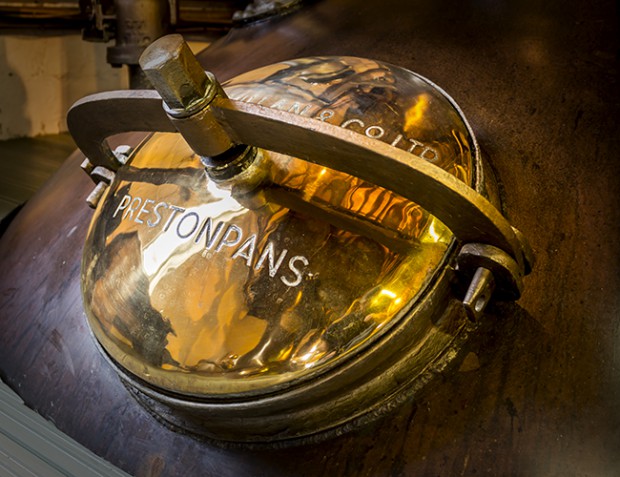 December 4, 2015 – Tomatin Distillery was named Distiller of the Year in the second round of Whisky Magazine’s annual Icons of Whisky Awards, which honors the best of Scotland’s whisky heritage. The awards were presented at a luncheon today in Edinburgh, during which longtime Diageo distillery manager and current Ballindalloch master distiller Charlie Smith and Ian Macleod Distillers chairman Peter Russell were inducted into the magazine’s Hall of Fame.

Tomatin took the honors in online voting following nominations from within the industry, with Bruichladdich and The Glenmorangie Company receiving “highly commended” runners-up awards. Glenmorangie’s Dr. Bill Lumsden was named Master Distiller/Blender of the Year, just ahead of Arran’s James MacTaggart and The Glenlivet’s Alan Winchester. Independent bottler and blender Douglas Laing & Co. was named Brand Innovator of the Year, with Benromach Distillery taking the “highly commended” award. Glenturret’s Neil Cameron was named Distillery Manager of the Year, with Benromach’s Keith Cruickshank the runner-up.

Though neither distillery has released a single bottle of matured whisky yet, Ballindalloch Distillery was named Craft Producer of the Year with Strathearn Distillery “highly commended.” Whisky Magazine managing editor Rupert Wheeler explained the rationale for the awards in an email Monday (December 7):

“As Icons of Whisky is about the companies and individuals rather than the taste of the spirit, and with the change in awards structure where all categories are now available in all regions, we are recognising the work these craft producers have done to date in preparation for the release of their whisky just as much as for the whisky itself. By definition, a craft distiller may be at the early stages of production, and we are reflecting the excellence of their distillery, the management team, their approach to ingredients and casks and long term vision – and where available, the spirit itself. This means the contenders must be in production, but do not have to have product available on the market.”

The winners will go on to compete against the US winners announced in September and a third group representing all other whisky-producing countries. Those winners will be announced at a ceremony on the eve of Whisky Live London in March.