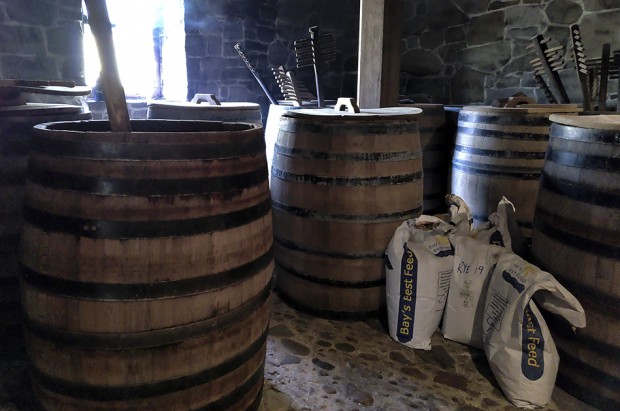 The grain used to make many of today’s whiskies isn’t always picked for its flavor, but that’s not the distiller’s fault. Blame the commodity grain system, in which the largest grain customers determine what types of rye, corn, wheat, and barley are most widely planted by farmers. It’s the Golden Rule, in which the one with the most gold gets to call the shots…and distillers aren’t the ones with the most gold. Because of that, many grain types distillers would love to use are consigned to “heirloom” status or forgotten entirely. That’s what happened to Rosen Rye, a strain prized for generations by Pennsylvania distillers that almost disappeared completely – until a small band of mavericks brought it back to life. Earlier this month, a team of craft distillers gathered at George Washington’s Distillery at Mount Vernon to make a batch of Rosen Rye, and we’ll have that story for you on WhiskyCast In-Depth. In the news, the whisky portfolio for South Africa’s Distell Group is being split up in a merger with Heineken, while Pernod Ricard has fired up the stills at its first malt whisky distillery in China and another craft distiller is celebrating its 10th anniversary.