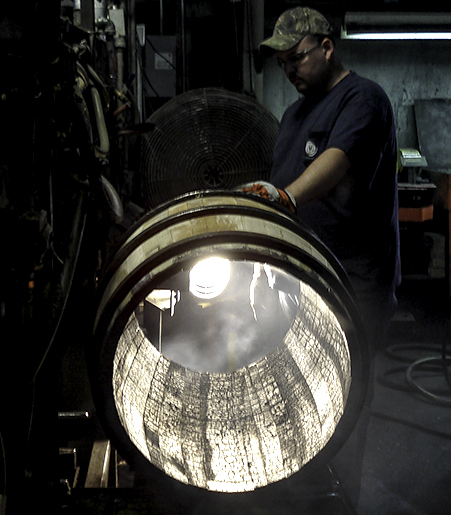 It’s often said that wood is responsible for most of a whisky’s flavor, and if that’s the case, then the people who make the barrels for maturing whisky have a major impact on the whiskies we drink. Independent Stave Company’s cooperages dominate the market for new Bourbon barrels, and those barrels then get used for decades to mature other whiskies around the world. Brad Boswell’s great-grandfather founded the company in 1912, and he took over for his father as Independent Stave’s CEO earlier this year. We’ll talk with him about the cooperage side of the whisky business, along with the potential impacts from climate change and government regulation, on this week’s WhiskyCast In-Depth. In the news, the ringleader of the “Pappygate” Bourbon thieves in Kentucky has pleaded guilty and faces 15 years in prison, while there’s still no word on whether the stolen whiskey now sitting in a secured evidence locker will face the death penalty. We’ll also have details on this year’s Buffalo Trace Antique Collection series and the new Northern Border Collection series of Canadian whiskies from Corby’s Hiram Walker Distillery. In this week’s tasting notes, we’ll have details on a whisky fit for ringing in the New Year…Israeli style.