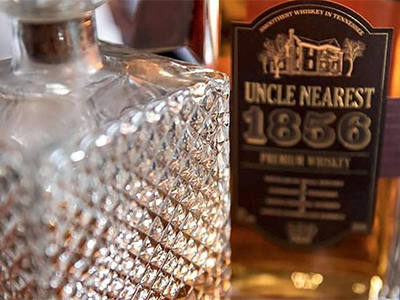 In 2015, Brown-Forman acknowledged what had been an open secret around Lynchburg, Tennessee for generations – that Jack Daniel’s distilling mentor was Nathan “Nearest” Green, a slave on the farm owned by Dan Coll until the end of the Civil War. After the war ended, Jack Daniel hired the newly-freed Nathan Green to be the head distiller at his new distillery in Lynchburg. Green’s sons and grandsons worked for Jack Daniel later on, and even after 150 years, the distillery has always had at least one of Green’s descendants working there. Fawn Weaver was fascinated by the 2015 New York Times story on the relationship between the Greens and Jack Daniel’s, and is now devoting her life to researching that history and cementing Nearest Green’s role in American history with, among many other things, a Tennessee whiskey that bears his name. We’ll discuss the story of America’s first African-American master distiller on this week’s WhiskyCast In-Depth. In the news, Scotch Whisky exports rose during the first half of 2017, but the statistics show some areas for concern. U.S. craft distilling is now a $3 billion annual business and growing, and a Swiss hotel has given a Chinese tourist a full refund after the $10,000 dram of whisky he bought there in August turned out to be a fake.