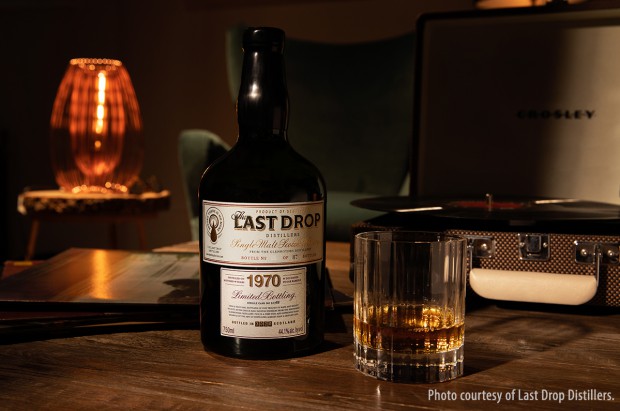 July 6, 2020 – Science has helped us figure out a lot of whisky’s secrets over the last couple of decades. Gas chromatographs can show us precisely the proportions of flavor-creating compounds in a sample of “new make” spirit, allowing us to make educated guesses as to how it will mature into whisky over time in an oak barrel. Carbon-dating can tell us whether radioactive particles are present in a bottle of whisky claimed to be from before World War II, and the existence of those isotopes can definitively prove whether that claim is the truth or a fraud.

However, one elemental mystery of whisky may never be solved. In a world full of assembly-line manufacturing where identical products roll off the line to meet our consumer needs, whisky remains the mysterious stranger on the edge of the industrial park. No one knows why we can take seemingly identical casks from the same cooperage and fill them one after another with the same new make spirit, then store those casks next to each other in the same warehouse under identical conditions for the same amount of time – only to find significant differences in the whisky from each cask.

Need proof? Look no further than the three casks of 1970 Glenrothes released by Last Drop Distillers, which was founded with the goal of finding rare parcels of vintage whiskies and other spirits that had languished in the industry’s equivalent of the “Island of Misfit Toys.” The casks they bottle didn’t fit into a blender’s ideal recipe for a whisky for one reason or another; too peaty, perhaps too oily in texture, or the wrong type of wood – so they sat in a corner waiting for years until someone saw their true beauty.

But, before we look at these three whiskies, we need to go back in time almost 50 years. 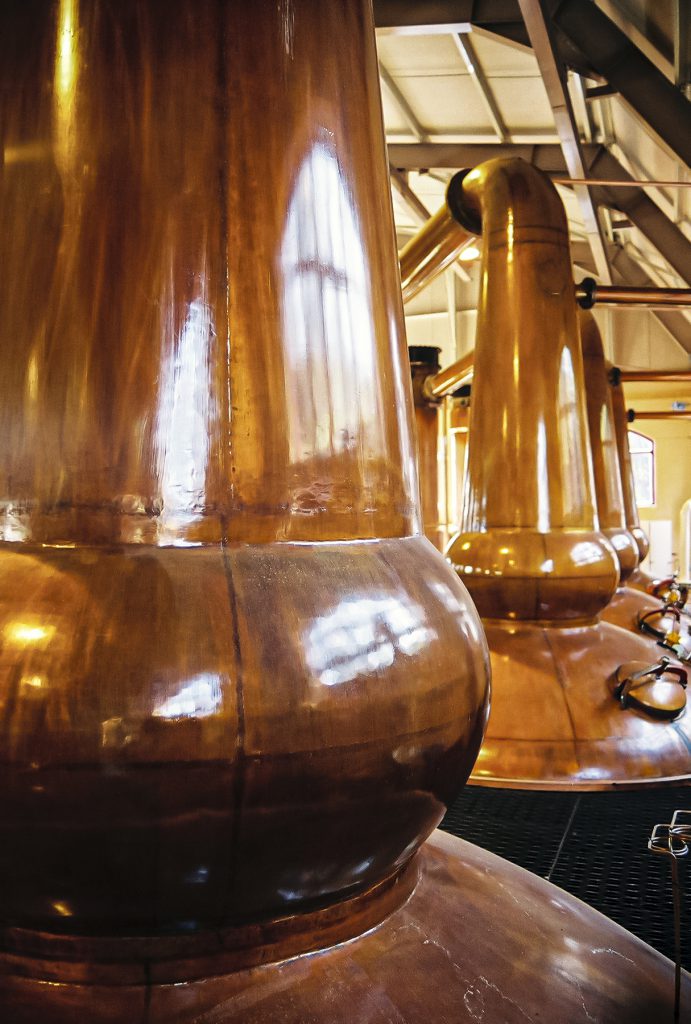 The windows of The Glenrothes still house are reflected in the stills, which are the same shape today as those used to make The Last Drop’s 1970 Glenrothes. Photo: Mark Gillespie/CaskStrength Media.

When these casks were filled on December 6, 1970, the Glenrothes Distillery in the Speyside town of Rothes was owned by Highland Distillers. As with many distilleries of that day, all of its whisky was destined for blending use. Cutty Sark and The Famous Grouse were known for using a lot of Glenrothes malt, but it was in high demand by blenders all over Scotland. In fact, the first bottling of Glenrothes as a single malt wouldn’t happen for 17 more years.

The whisky in today’s official distillery bottlings of The Glenrothes is much different than what the distillery produced in 1970. While the floor maltings had been closed several years earlier, its malt had peat levels significantly higher than the unpeated malt in use today. In addition, the distillery also used ex-Bourbon casks much more widely in 1970, while the vast majority of today’s Glenrothes spirit goes into ex-Sherry casks.

All three of The Last Drop 1970 Glenrothes whiskies were matured in ex-Bourbon casks, and are almost perfectly sequenced in number: #10586, #10588, and #10589. If we were discussing any other consumer product, there is no question that we should expect similar whiskies from each cask. While the final fate of Cask #10587 is known only to the Whisky Fairies, the other three casks were kept together for their entire maturation until they wound up with Last Drop Distillers. 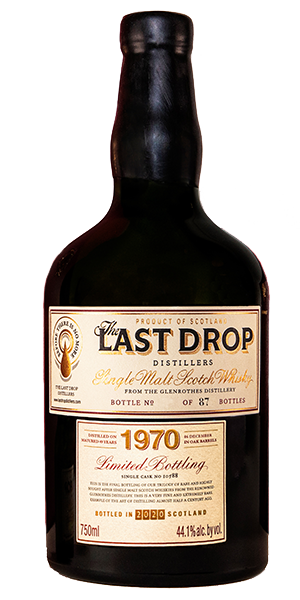 Our first clue that each cask is different comes from the bottling strength, since each of the three casks was bottled as it came from the barrel with no dilution. This cask was bottled at 45.3% ABV, while #10588 wound up at 44.1% and #10589 at 45%. That may be a small difference, but again, we’re looking at the mysteries of maturation.

The nose is malty with gentle kisses of peat smoke, vanilla beans, dark chocolate, and touches of dried apricots, mango, and papaya. The taste starts off light and fruity at first, followed by a nice balance of spices, barley sugar, and a hint of smoke. The finish has a whiff of peat smoke, along with chocolate and a lingering touch of spices. Overall, it’s luscious and vibrant with a gentle smokiness. (96 Points)

While there are similarities in the three casks that can be attributed to the “distillery character,” each one of the three has its own unusual characteristics.  In the case of Cask #10588, the nose is rich with orange marmalade and notes of vanilla beans, Manuka honey, a touch of smoke, and a good maltiness. The taste can be described in one word – wow! There is a great fruity character with apricots and orange peel balanced by touches of oak tannins, vanilla beans, barley sugar, and a hint of spice that lasts through the long finish along with touches of tropical fruits and a hint of oak. (95 Points)

If you’ve ever had a campfire interrupted by rain, you’re familiar with the smell of smoky, wet wood. That’s the first note I get on the nose of this whisky, along with vanilla, cooked bananas, a hint of sandalwood, and touches of dried fruits. The taste is fruity and vibrant on top with fresh berries and tropical fruits. However, there’s also a dark undertone of oak tannins and smoke balanced by gentle spices underneath that makes this single malt delightfully complex. The finish is very long with gentle spices and touches of fruit and smoke. Outstanding! (96 Points)

This trilogy of single casks completes a three-year series of Glenrothes bottlings by Last Drop Distillers, following their releases of 1968 and 1969 casks in 2018 and 2019 respectively. One additional difference between the three 1970 casks: the “angels’ share” of evaporation affected them differently. #10586 produced 103 bottles, while #10588 only yielded 87 and #10589 just 96 bottles for an overall total of just 286 bottles for the entire world. Apparently, the angels preferred #10588 just a bit more than its siblings – but not much more!

At a recommended retail price of $6,250 USD each, it would cost you at least $18,750 to acquire the entire set…assuming that is, that you’re able to find each of the three bottles at a retailer.

You might have a better chance of finding out what happened to Cask #10587.

Editor’s note: Last Drop Distillers provided WhiskyCast with samples of all three 1970 Glenrothes casks. However, as with all of our content, full editorial control remains with WhiskyCast.