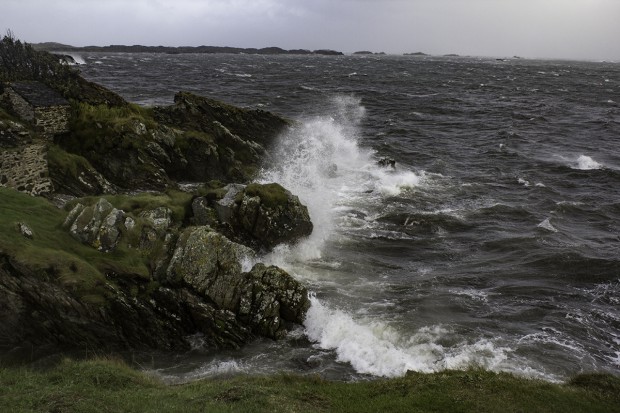 The rough, cold waters off Scotland’s Isle of Islay are a challenge for even the best sailors, and one might think it madness to try and swim around the island. A year ago, three men did just that and collected whiskies from each of Islay’s eight distilleries along their journey in the “Great Islay Swim.” Veteran explorers Justin Fornal and Chad Anderson were joined by Beam Suntory brand ambassador Johnnie Mundell, who brought his own open-water swimming background and his connections on Islay to the challenge. We’ll talk with Johnnie Mundell about his life-changing experience on WhiskyCast In-Depth and taste the whisky that’s been bottled from that challenge and is being sold to raise money for the Royal National Lifeboat Institution.

In the news, the ringleader of Kentucky’s “Pappygate” thefts has been released on shock probation after serving just 30 days of his 15-year prison sentence, while a judge’s ruling is all that remains before the stolen whiskey seized as evidence in the case can be destroyed. Meanwhile, the Scotch Malt Whisky Society whiskies seized from four British Columbia bars last January are still locked up as evidence, but a provincial review panel has recommended policy changes that might lead to those whiskies being returned to the shelves. We’ll have that story, along with details on the week’s new whisky releases and as summer temperatures soar, we’ll have tasting notes for a Bourbon-flavored ice cream to beat the heat!