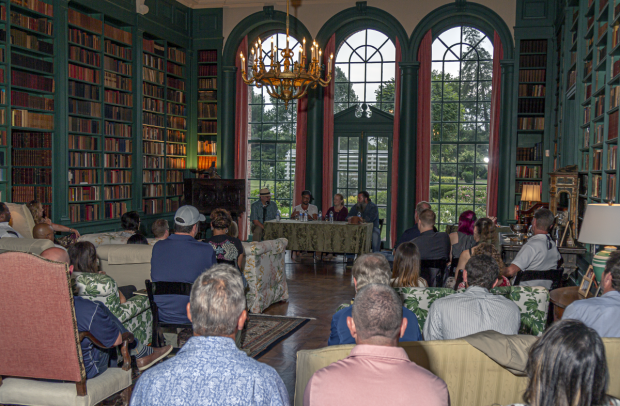 “Private Selection” bottlings are the rage today, and it almost seems like an arms race as bars and retailers try to outdo each other with their exclusive bottlings. In fact, some whisky collectors now see the “Private Selection” market as the next big thing for so-called “investment grade” bottlings. During the latest Bourbon Salon at Louisville’s Oxmoor Farm, host Michael Veach brought together the owners and managers of several highly regarded Bourbon bars to discuss picking private barrels and other topics, and we’ll hear some of the stories behind barrel selections from Joe Head of The Century in Dayton, Ohio, Margo McMillen of Bourbons Bistro, and Larry Rice of The Silver Dollar in Louisville.

In the news, Pernod Ricard is expanding its U.S. whiskey portfolio with its second distillery acquisition of the year, while Diageo’s plans to upgrade visitors centers at many of its distilleries in Scotland got another boost this week. There’s a lot of new whiskies to talk about, and a new Gallup Poll shows whisky and other distilled spirits are more popular than ever.