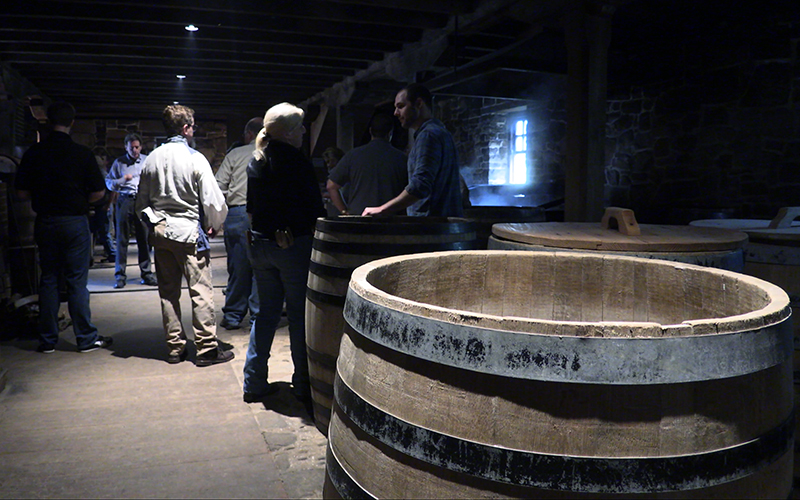 Distillers from around the United States gathered at Virginia’s Mount Vernon this week to celebrate the 10th anniversary of the restoration of George Washington’s Distillery at his historic estate, and of course, they celebrated by making some whiskey. The restored distillery has been producing rye whiskey using Washington’s original recipe to raise money for Mount Vernon’s educational programs, including those on the slaves who worked in the distillery from 1797 until shortly after Washington’s death in 1799. We’ll look at the past ten years of distilling at Mount Vernon and Washington’s legacy on this week’s WhiskyCast In-Depth. In the news, Buffalo Trace and the Van Winkle family have decided to skip a year…for one of the prized Van Winkle rye whiskies. Tullamore D.E.W. has added a new set of grain whiskey stills at its distillery in Ireland, and Beam has blended American and Canadian rye whiskies together again…this time for the new Basil Hayden’s Dark Rye. We’ll look at some travel tips for Bourbon Country and taste four Irish whiskeys for this week’s tasting notes, too.