Tariffs Have American Whiskey Makers Over a Barrel 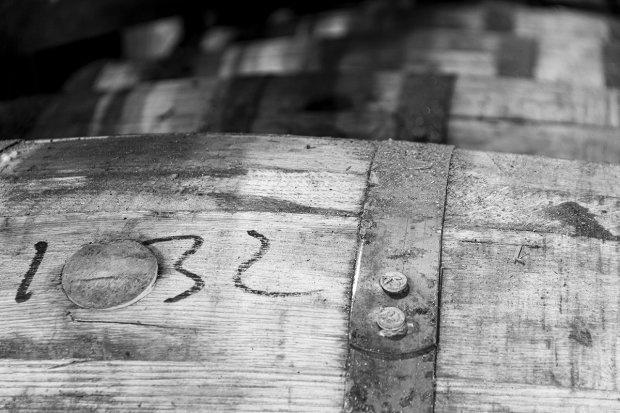 February 13, 2020 – American spirits producers should be in a great mood. Domestic sales are at an all-time high, and spirits gained market share against beer and wine for the 10th straight year, according to 2019 data released by the Distilled Spirits Council of the United States (DISCUS). U.S. sales of Bourbon and other American whiskeys grew by 10.8 percent, with Rye whiskies showing significant strength along with sales of higher-priced premium whiskies.

Why, then, was there so much tension in the air at Wednesday’s DISCUS economic briefing in New York City?

“The tariff headwinds that we have been facing have started to stunt our growth in export markets,” says DISCUS public policy chief Christine LoCascio. “American whiskey is what drives U.S. spirits exports, and it accounted for 65 percent of total spirits exports in 2019,” she said during the briefing. “Obviously, the tariffs have increased the level of uncertainty that our exporters are facing, and we see the effects of these tariffs on our exports to the EU,” noting that even with the decline in 2019, European Union member nations still accounted for 52% of all American whiskey exports. 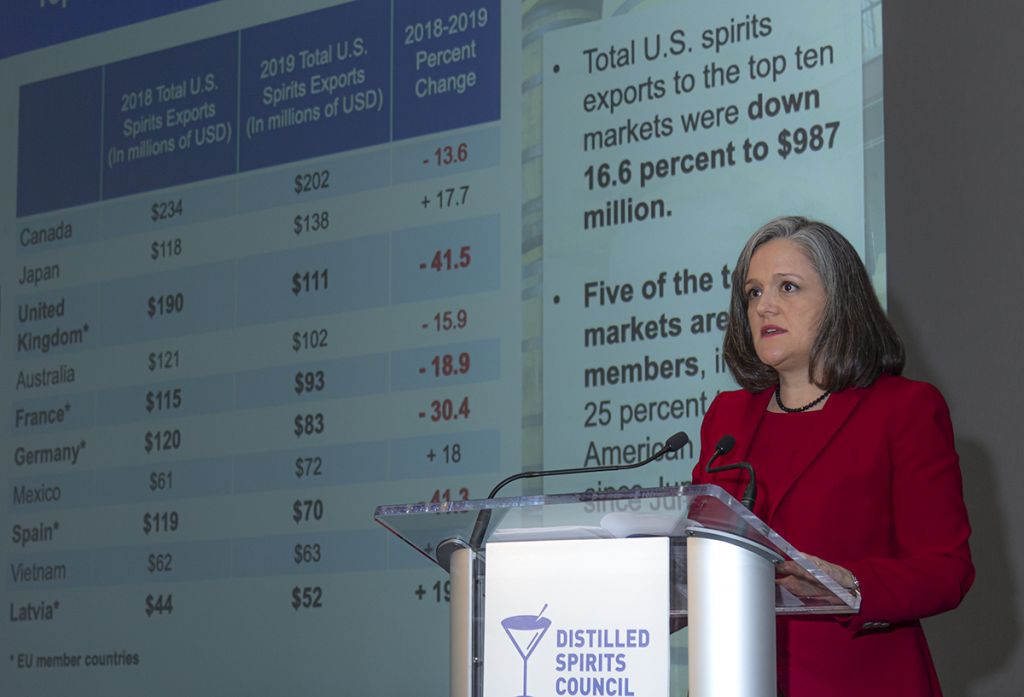 Seven of the top ten markets for those exports were affected by the tariffs in 2019, but only one actually showed an increase in American whiskey shipments. Latvia is a transit hub for shipping to Russia and other countries, and recorded an 18.9% increase in exports over 2018. In fact, Japan leapfrogged over five other countries to become the top U.S. whiskey export market with a 24.6% gain in shipments over 2018 – when it was the #6 market. The United Kingdom was the top export market in 2018 with shipments valued at $150 million – but fell 32.7% to $101 million in 2019. France, Germany, Spain, the Netherlands, and Poland also recorded double-digit declines.

The briefing came a day after the Scotch Whisky Association reported shipments to the U.S. plunged in the fourth quarter of 2019 after the Trump Administration imposed a similar tariff on single malts from Scotland and Northern Ireland along with liqueurs from the U.K, Ireland, Germany, Italy, and Spain. The tariff was imposed on October 18 as part of a package of countermeasures approved by the World Trade Organization after the U.S. won its case against the European Union over subsidies for aircraft maker Airbus.

The tariff had a small impact on overall U.S. Scotch Whisky sales for the year, with single malts showing 6.9% annual growth and claiming nearly a quarter of market share. Blended Scotch declined by two percent on weaker sales of lower-priced “value” whiskies, but strong gains in sales of high-end blends mitigated most of the impact.

Analysts expect Scotch Whisky to see a comparable decline in U.S. sales as American Whiskies have in Europe if the U.S. tariff remains in place for all of 2020, and American consumers may see an even greater impact on selection. “When you think about the kinds of Scotches that are often imported into the United States, some of them are very rare…some of them have very, very long lead times,” said DISCUS chief economist David Ozgo. “It takes 18 years to make an 18-year-old Scotch, so there are limited quantities of these products…and from the position of Scotch makers, well, gosh, the Japanese people, they like Scotch as well, so some of these high-end products…the U.S. might not get its allocation any more,” he said.

That concern is even more justified as the industry waits for word from the Office of the U.S. Trade Representative on its next move in the ongoing dispute between the U.S. and the European Union over aircraft subsidies. European leaders have been holding firm on their support for Airbus while awaiting a similar ruling in their case against the U.S. over its support for Boeing, and Trump Administration officials could announce an increase in the whisky tariff from 25% to as high as 100% in the next several days. In addition, White House officials are debating internally whether to add even more whiskies to the list, including Blended Scotch and Irish whiskies.

“We had a meeting with USTR earlier this week…obviously, they do not elaborate one way or the other until something is announced,” says DISCUS CEO Chris Swonger, who has been trying to explain to administration officials that an increase in tariffs could lead to job losses and smaller import companies going out of business. “I think there’s full awareness of that…the good news is that the Trump Administration and the EU are talking, and we’re anticipating a series of meetings, the discussions are becoming more intense, and that’s a good sign…six months ago, they weren’t talking,” Swonger said.