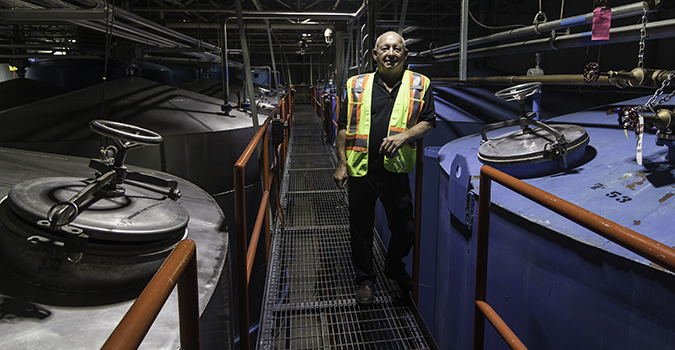 Jim Boyko’s career took him from the old Seagram’s distillery in Waterloo, Ontario to the Canadian prairie in Gimli, Manitoba, and eventually around the world for Diageo. Once he got to Gimli, though, he and his family made the tiny town on the shore of Lake Winnipeg their home. Now retired, he shows up at the home of Crown Royal to lead the occasional tour for distillery guests. He’ll share his stories with us on this week’s WhiskyCast In-Depth, including the saddest day of his career when he was one of 210 Seagram’s employees suddenly put out of work when the Waterloo distillery closed in 1992.

In the news, there’s talk yet again of reviving whisky production at the old Dallas Dhu Distillery in Scotland, while another spirits company is investing in Irish Whiskey. Heaven Hill is about to wrap up yet another expansion of its Bernheim Distillery in Louisville, and has also unveiled this year’s special Parker’s Heritage Collection whiskey. We’ll also find out about next month’s Bourbon Women “Sip-osium” in Louisville and put four Texas whiskies to the test in this week’s tasting notes.