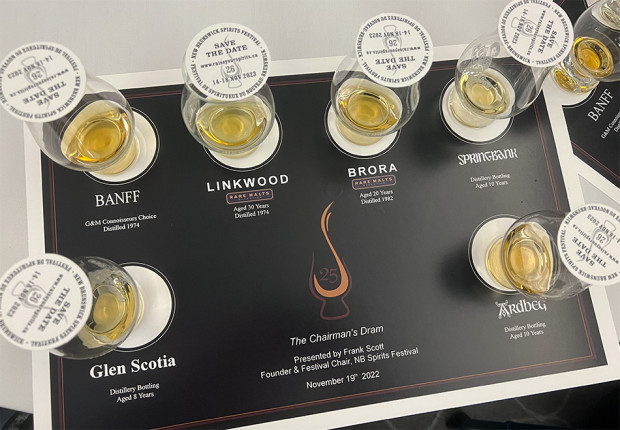 Bigger isn’t necessarily better, and we have proof of that this week with our podcast recorded on location at the New Brunswick Spirits Festival in Fredericton, New Brunswick. The festival punches well above its weight class to deliver an outstanding event every year, and celebrated its 25th anniversary this weekend. We’ll talk with founder and chairman Frank Scott to find out his secrets for success on WhiskyCast In-Depth, and we’ll also catch up with another old friend. Martine Nouet has been organizing the festival’s food and whisky lunches for years, but is scaling back her whisky work to pursue other passions. In the news, Diageo’s venture capital unit has taken a stake in England’s Oxford Artisan Distillery, while Canadian Club is out with another record-setting vintage whisky. Finally, Corby’s Dr. Don Livermore has coined a new word for whisky lovers, and he’ll share it with us on Behind the Label.