Search On for Stolen Kilchoman Whisky 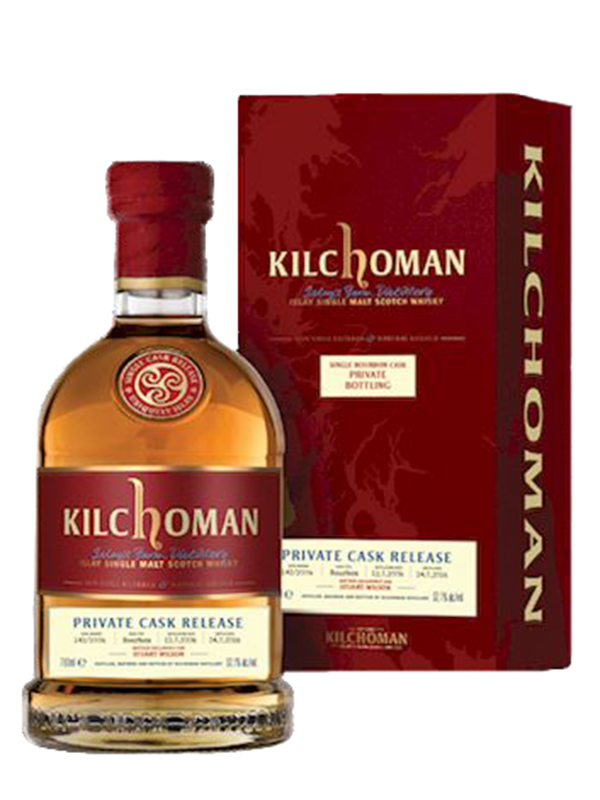 March 30, 2017 – It could be described as a whisky connoisseur’s worst nightmare: waiting ten years for your own cask of single malt Scotch from Islay’s Kilchoman Distillery to mature and be bottled, but have it stolen before you can even open a single bottle. That’s what happened to Stuart Wilson of Birmingham, England after a shipping company’s mistake last summer led  to the theft of all 257 bottles of his personal bottling of Kilchoman. The distillery has come forward to ask for help in tracking down the missing whisky after a police investigation over the last several months failed to solve the case.

“We sent a pallet down to the private individual, and unfortunately, it got delivered to the wrong address,” Kilchoman founder and managing director Anthony Wills told WhiskyCast in a telephone interview. “Once we started to look into that and get it redirected to the correct address, it was no longer at the address the delivery company took it to,” he said. The pallet was apparently unloaded at a delivery yard used by multiple people, and Wills said the delivery company had several pallets of shipments to be dropped off at the site. “Unfortunately, the lorry driver just unloaded all of them, it was signed for, and then he drove off,” Wills said. Each bottle and box was labeled with “Bottled exclusively for Stuart Wilson.” 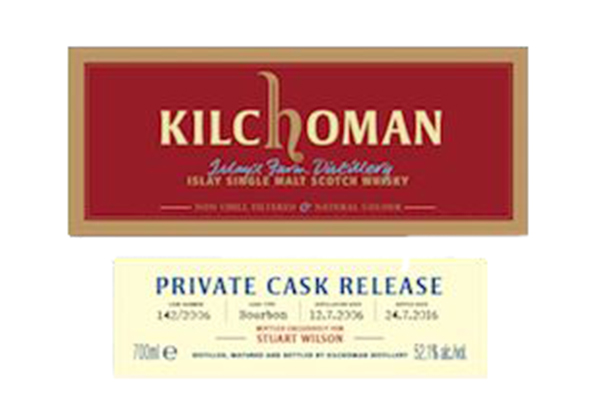 Even though the mistake was reported immediately, the pallet of whisky had disappeared by the time the delivery company returned to reclaim it, and West Midlands Police were unable to track down any clues before closing the case. “Unfortunately, the investigation took longer than we would have liked to progress, and clearly by the time it was investigated, things had moved on,” Wills said. ScotchWhisky.com, which first reported the theft, has estimated the value of the stolen bottles at around £150 GBP each ($187 USD) based on retail prices for private cask bottlings of Kilchoman, placing the overall value of the stolen whisky at more than £38,000 GBP ($47,382 USD).

Stuart Wilson’s personal cask was number 142/2006, an ex-Bourbon barrel filled on July 12, 2006 and bottled on July 24, 2016 at 57.1% ABV, with a total of 257 700ml bottles. Three bottles of the stolen whisky have turned up so far, according to Wills. A person who bought the bottles from an unidentified seller became suspicious after he saw Wilson’s name on the labels and contacted the distillery, which confirmed that they came from the stolen cask. Wills said that person was compensated for turning in the stolen bottles, and the distillery will do the same for anyone else who turns in bottles from Wilson’s cask. In addition, Kilchoman has contacted McTear’s, Bonhams, and the major online whisky auction sites with details on the stolen bottles in case someone tries to offer them for auction.

As for Wilson, he is being compensated with another cask of whisky from 2006, but still remains very frustrated according to Wills. “Put yourself in his shoes, he clearly was very upset having invested in this cask ten years ago and was expecting a number of bottles from it, but we had to go through all of the processes before we could come to that conclusion,” Wills said. Kilchoman sold a number of casks to individuals during 2006 and 2007 as part of the early financing for the distillery, and Wilson’s cask was among the first to be bottled. Cask buyers receive samples from their maturing barrels, generally on an annual basis, allowing them to decide when their specific cask of whisky is ready for bottling.

Wilson was not available for an interview.