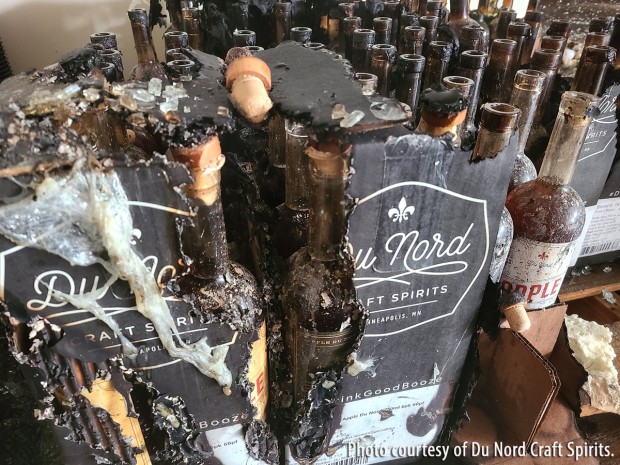 It would have been easy for Chris and Shanelle Montana to close Du Nord Craft Spirits after arsonists set fire to the distillery’s warehouse during riots in the wake of George Floyd’s death at the hands of Minneapolis Police four weeks ago. It would have been even easier after more arsonists set fire to their apartment building the next night. They underestimated the Montanas, who not only plan to rebuild their distillery, but their neighborhood as well – and have already raised more than $560,000 with a GoFundMe campaign to help other minority-owned businesses repair their damage and rebuild. We’ll talk with Chris and Shanelle on this week’s WhiskyCast In-Depth.

In the news, Sazerac is expanding its portfolio with the acquisition of Canadian Mist and Collingwood Canadian whiskies, the Canadian Mist Distillery in Ontario, and Early Times from Brown-Forman. As coronavirus fever begins to fade, tariff talk is back in Brussels and Washington, while Beam Suntory is reviving part of the Beam family’s legacy as the company celebrates 225 years of making whiskey.