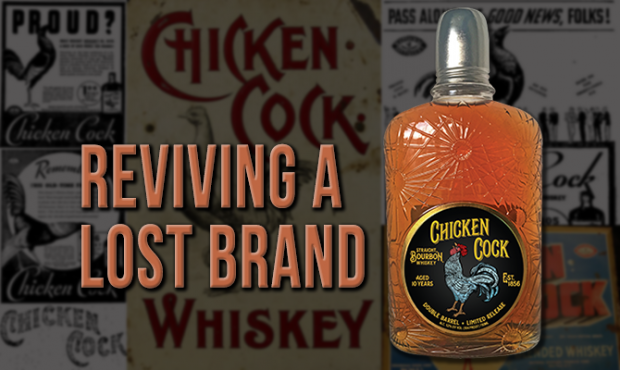 While some entrepreneurs are trying to cash in on the Bourbon boom by starting new whiskey brands, others are looking to history for heritage brands that built a history but faded away over the years. That’s the approach Manti Antilla of Grain and Barrel Spirits took, and it led him to Chicken Cock, a brand with a unique name and a century’s worth of history to build on. He’s now working with Kentucky’s Bardstown Bourbon Company to lay down stocks for future Chicken Cock whiskies, while releasing four bottlings over the last year using whiskies sourced from another distillery. We’ll talk with him about the work involved in reviving a heritage brand on WhiskyCast In-Depth and taste the Chicken Cock 10-Year-Old Double Barrel Bourbon. In the news, Diageo plans to invest $130 million to build another new distillery in Kentucky, while American Single Malt supporters are disappointed that their proposal for an official standard didn’t make it into proposed changes in federal regulations. We’ll also talk with Fred Noe about the new 30th Anniversary edition of Booker’s Bourbon and the arrival of a new “Baby Booker” just in time for the holidays.