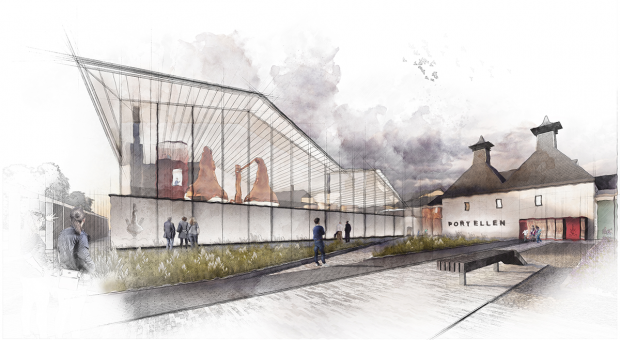 Construction could begin later this year on Diageo’s planned revival of the legendary Port Ellen Distillery on Islay, which was closed in 1983. Only the seaside warehouses and the old kiln building are left, and they’ll play a key role in the distillery’s future when it opens in 2021 – assuming local officials sign off on planning approval for the project. That application was submitted in mid-May, with a decision expected later this summer. Islay native and former Lagavulin manager Georgie Crawford is the project manager for the Port Ellen revival, and she’ll join us on WhiskyCast In-Depth to explain the plans – and how the team tapped into the memories of former Port Ellen workers to help shape those plans.

In the news, climate change could be playing a major role in Scotch Whisky’s immediate future as distillers and barley farmers deal with the after-effects of last summer’s drought. Another dispute between the Trump Administration and Mexico could see tariffs slapped back on American whiskies just days after they were removed, and could North Korea actually be getting into the whisky business?