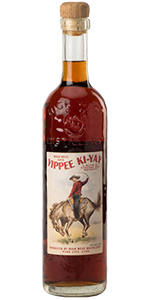 High West’s annual release of its whiskey blended from straight ryes is a bit different this year, and for a good reason. The 2018 release is the first one to include “barely legal” straight rye from High West’s own distillery in Utah along with older MGP and Barton ryes in the blend.