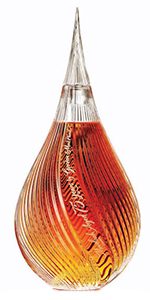 This is the oldest single malt Scotch Whisky ever bottled (as of this writing). It was distilled in 1939 as World War II was engulfing Europe, and bottled in 2015 by Gordon & MacPhail, which had the cask filled at the distillery two generations earlier. It’s very similar to the Generations Mortlach Aged 70 Years, which was released in 2010.

Even after 75 years, the whisky remains vibrant with a fruity, luscious nose full of mango and papaya notes with dried flowers and a subtle touch of orange peel. The taste is thick and nectar-like with peach and mango notes at first, followed by a burst of clove that adds complexity, then fades to reveal pineapple and banana notes to complement the peach and mango. The finish is long, and fades away gently with a delicate fruitiness and subtle spices. An all-time classic! (November, 2017)