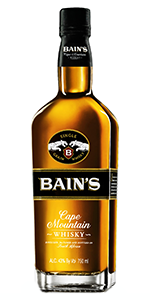 The nose is creamy with a subtle spiciness, buttered corn on the cob, vanilla, honey, and banana notes. The taste is peppery with a honey sweetness and touches of cocoa and brown sugar underneath. The finish is long with a peppery spiciness that lasts and lasts. (November, 2017)