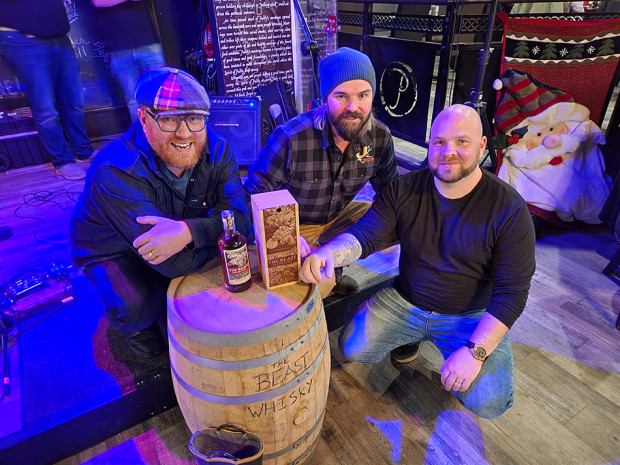 Six years ago, the wildfire known as “The Beast” devastated Northern Alberta, forcing the evacuations of 88,000 people in the area around Fort McMurray. At the time, Wood Buffalo Brewing & Distilling had to leave behind a pallet of peated malt to escape the fire, but firefighters managed to save both the distillery and the malt, which had absorbed a lot of smoke from the fire. The distillery pre-sold bottles of “The Beast” whisky made from that malt to raise more than $100,000 for local charities in the months following the fire, and while the distillery later closed its doors, distillers Bryce Parsons and Spike Baker returned to Fort McMurray this weekend to deliver on the promise made six years ago. We’ll catch up with them on this week’s WhiskyCast In-Depth.