Pappy & Paddy Under One Roof? 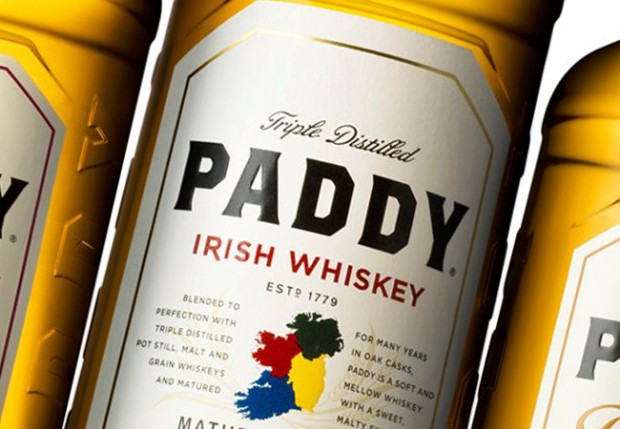 That’s the likely outcome as Irish Distillers Pernod Ricard and Sazerac announced that the two companies are negotiating terms of a sale for the Paddy Irish Whiskey brand to the Louisiana-based company, which owns Kentucky’s Buffalo Trace Distillery and makes the Pappy Van Winkle whiskies there in a joint venture with the Van Winkle family. In a joint statement, the two companies disclosed that they are in exclusive talks for the sale of one of Irish whiskey’s legacy brands, and expect to announce a transaction in the next several weeks. Under preliminary terms disclosed in the statement, Irish Distillers would continue to produce Paddy at the Midleton Distillery under a long-term supply agreement, with no impact on the distillery’s employees. In addition, Irish Distillers would continue to distribute Paddy in Ireland, where it is a staple in local pubs and one of the country’s top-selling whiskies. Paddy is the fourth-largest Irish Whiskey brand in global sales behind Jameson, Tullamore D.E.W, and Bushmills, and was the Murphy family’s contribution when Ireland’s family-owned distilleries joined forces in 1965 to form Irish Distillers. The Murphys owned Cork Distilleries Co., and distilled Paddy at what is now known as the Old Midleton Distillery in County Cork. The whiskey gets its name from Paddy Flaherty, a Cork Distilleries salesman who toured Ireland touting the Murphy family’s whiskey to pub owners, who started referring to it as “Paddy’s whiskey.” The informal name for what was then known as “Cork Distilleries Company Old Irish Whiskey” stuck, and the brand was officially re-named in Flaherty’s honor in 1912.

In an email to WhiskyCast, an Irish Distillers spokeswoman said the move would allow the company to simplify its portfolio while ensuring the Paddy brand’s continued growth. “This deal with Sazerac would allow Irish whiskey’s reputation and footprint to grow further internationally. Sazerac could support Paddy’s continued international growth while Irish Distillers would focus on Jameson and Powers. This deal would also be good news for consumers securing the future of quality Irish whiskey brands.” The spokeswoman added that Paddy would “be the flagship Irish Whiskey in (Sazerac’s) range.” Ironically, it would be at least the second tine the Paddy brand has been affected by the company’s decision to focus on other brands. When Irish Distillers was created in 1965, the founding families agreed to focus on Jameson as their main export brand, while producing Powers and Paddy primarily for the domestic market, according to longtime Irish Distillers ambassador John Ryan, a descendant of the Power family. “It was a bit like having five horses in a race…the race had already started, and you could still bet…and Jameson was the leading horse,” he said in a 2013 WhiskyCast interview.

Sazerac CEO Mark Brown and company executives declined to comment on the talks beyond what was disclosed in the news release. If the deal is completed, it would expand the privately-held company’s stake in the Irish Whiskey sector, which has been the fastest-growing segment of the global whiskey market for the last five years. Last year, Sazerac announced that it had acquired the rights to the defunct Michael Collins Irish Whiskey brand originally created by Sidney Frank & Co., with plans to revive the brand in 2016. At the time of last year’s announcement, Brown said the company would use stocks of previously acquired Irish Whiskey for Michael Collins, but without a distillery of its own in Ireland, Sazerac would need to come up with a long-term supply of bulk whiskey for the brand. In an email, Brown said “our plans on Michael Collins are moving forward on schedule, we are in the middle of the packaging development work as we speak.  Whiskey inventories are solid.”

If completed, the acquisition would be the second major deal for Sazerac so far in 2016. In January, Sazerac agreed to buy the Southern Comfort and Tuaca liqueur brands from Brown-Forman for $543.5 million, and closed on the acquisition in March.