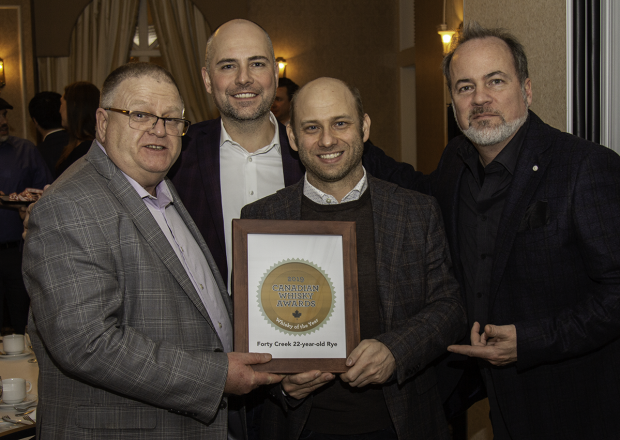 This is the first of our two episodes from the 14th annual Victoria Whisky Festival in Victoria, British Columbia. One of the highlights of the festival each year is the Canadian Whisky Awards, and Forty Creek returned to the top of the podium this year for the first time in five years with a new 22-year-old Canadian Rye whisky. We’ll have the details on that and other award winners in the news, and we’ll also look at the debate over the impact of terroir in whisky. Vancouver Island’s Shelter Point Distillery won the Award for Innovation for its whisky distilled from 100% unmalted barley whisky grown on the distillery’s own farm. That’s just one example, and Ireland’s Waterford Distillery is taking terroir to the other extreme with barley from more than 40 local farms being malted, distilled, and matured separately to maximize the impact of terroir. We’ll discuss the findings of new scientific research on Waterford’s barley with founder Mark Reynier on WhiskyCast In-Depth.