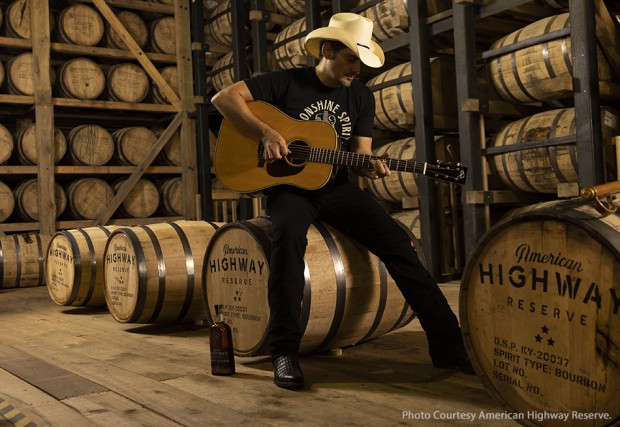 Brad Paisley has entertained millions of people with his music over the years. Deep down, though…he’s a whiskey geek just like the rest of us. From “dusty bottle” searches on his concert tours to hauling around a trailer full of whiskey for his American Highway Reserve Bourbon, he’s learned to enjoy a dram over the years. He’ll talk music and whiskey with us on this week’s WhiskyCast In-Depth, and we’ll have tasting notes for the Route 2 edition of American Highway Reserve, too. In the news, the world’s largest bottle of whisky fell short of setting another world record at an auction this week, while a documentary film on Scotch Whisky is heading for PBS stations in June. We’ll also talk with another whisky-inspired artist on Behind the Label…one who was inspired to create a piece of whisky furniture.