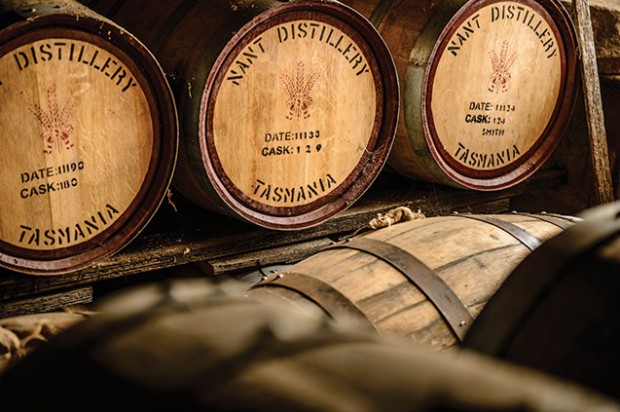 March 29, 2017 – A court hearing is set for Thursday morning in Sydney as the inevitable result of the Nant Distillery saga unfolds. FTI Consulting, the receiver appointed to secure assets of the Tasmanian distillery on behalf of one of its largest creditors, has asked the Federal Court of Australia to intervene on behalf of Eclipx Commercial. The industrial finance and leasing company is owed nearly $2.5 million AUD ($1.91 million USD) after financing Nant’s distilling equipment, and appointed FTI earlier this month to take control of what remains of the troubled distillery.

Australian Whisky Holdings has maintained control of Nant’s barrel inventory since closing on the real estate transaction, and has notified barrel investors that more than 700 barrels that had been sold to investors were never filled with new make spirit. In addition, the company claims other Nant “investor barrels” had been emptied of mature whisky and refilled with new make spirit without notifying or paying the investors. Under the Batts’ management, Nant had sold barrels to investors with the promise to buy them back after four years at a 9.5 percent compounded annual interest rate.

In addition to turning over the distillery’s equipment and other assets, FTI is asking the court to appoint it as the receiver and manager for the barrel inventory while the ownership of those barrels is sorted out. Technically, the barrel sales were handled by a separate Nant company controlled by Margaret Batt, who took over as Nant’s director after founder Keith Batt filed for personal bankruptcy in late 2015 following the collapse of a separate real estate deal.

FTI has also asked the court to order Australian Whisky Holdings to stop using the Nant brand name in connection with its ongoing whisky business at the Nant Estate. AWY’s Malcolm said in a WhiskyCast interview last month that the deal for the Nant Estate included a perpetual license to use the Nant name. However, the Batts have claimed that the failed deal for the Nant distilling equipment and trademarks means AWY does not have the right to use the Nant brand name.

AWY’s Malcolm and Keith Batt, who has served as a spokesman for Margaret Batt and the Nant interests, have not returned our requests for interviews on the court filing.