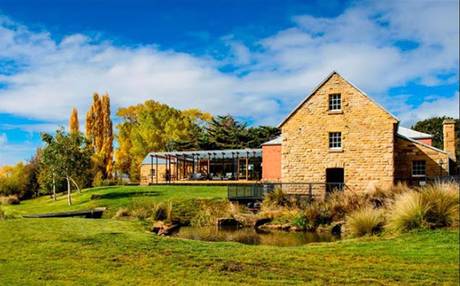 July 11, 2017 – The future of Nant Distillery appears to be clearer now that a tentative agreement has been reached between the distillery’s receivers and Australian Whisky Holdings for the remainder of the distillery’s assets. In a news release issued through the Australian Stock Exchange, Australian Whisky Holdings (AWY) announced that it plans to acquire Nant’s distilling equipment and intellectual property for $1.7 million AUD ($1.3 million USD) from Eclipx, the industrial finance firm which forced Nant into receivership in March. Eclipx had provided financing to Nant founders Keith and Margaret Batt for the equipment when the distillery was originally built, and was one of many creditors left holding outstanding debts from Nant.

The terms of the agreement require other secured creditors to agree on the sale of the distillery’s assets, with Australian Whisky Holdings required to make its initial payment of $880,000 AUD on July 31 and the balance due over the next two years.  Australian Whisky Holdings acquired the Nant Estate in Tasmania from the Batts’ Nant Group/NAWParties in February, but the two sides walked away from a separate deal for the distilling equipment and assets, leaving AWY in the position of owning the distillery’s real estate without any ownership of the equipment on the site. According to the news release, the terms of the deal between Australian Whisky Holdings and Eclipx’s receivers was very similar to the original agreement for those assets that fell apart in February. In an email to WhiskyCast, FTI Consulting receiver Quentin Olde said that “this is a commercial settlement to a complex matter.” “We’re pleased to have reached agreement, and look forward to the transaction completing at the end of July.”

The agreement will allow Australian Whisky Holdings to resume whisky production at the distillery, including the use of barrels filled with whisky purchased by investors as part of Nant’s barrel investment program. As previously reported, Nant offered investors the opportunity to buy barrels filled with new make spirit and sell them back to Nant at maturity with a guaranteed 9.5% compounded annual interest rate.

However, Australian Whisky Holdings CEO Chris Malcolm disclosed that an audit of the barrel inventory found at least 700 barrels that had been sold to investors but never filled with whisky, an accusation that Keith and Margaret Batt denied at the time. Since then, AWY has been negotiating with individual barrel investors to acquire the rights to that maturing whisky. The task has been complicated by the fact that those investors own the spirit in the barrels, but the physical barrels are actually owned by an outside company and leased to yet another Nant Group corporate entity (NAW Barrel Holdings Pty Ltd) under separate receivership.

The agreement for the distillery’s assets also appears to clear up one outstanding question about Nant’s future. In the news release, Australian Whisky Holdings indicated that it intends to keep selling the whisky distilled at the Nant Estate under the Nant brand. Earlier this year, Malcolm had suggested that future bottlings might be sold under a different brand because of the controversy surrounding the Nant brand name.

WhiskyCast has reached out to Australian Whisky Holdings and the Batts for interviews. This story will be updated as necessary.