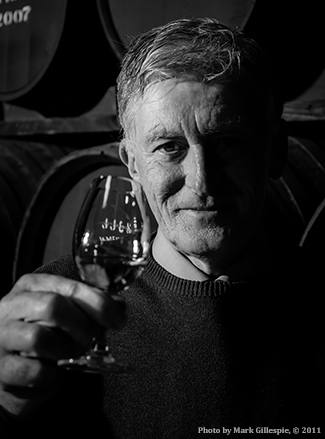 Midleton Distillery Master Distiller Barry Crockett has announced his plans to retire in March after 47 years. The announcement came days after he was named this year’s Lifetime Achievement Award winner in The Whisky Advocate’s annual awards. Editor John Hansell cited the Crockett family’s 70-year legacy in Irish Whiskey distilling, as well as Barry’s many achievements over the years.

Barry’s father Max was the longtime Master Distiller at what is now known as the Old Midleton Distillery in County Cork, and Barry was born in and grew up in the Distiller’s Cottage on the Midleton grounds. He succeeded his father in 1981, and has been responsible for shaping the entire range of whiskies for Irish Distillers, from the global favorite Jameson to the Midleton Very Rare range and the Single Pot Stills of Midleton range. In 2011, Barry was honored with his own whiskey as part of that range, the Midleton Barry Crockett Legacy (which happens to be my wife Christina’s personal favorite whisky of all time). That expression was also the first Irish Distillers expression to be named for an individual distiller since John Jameson.

Barry will be succeeded by Brian Nation, who has been Barry’s understudy for the past 10 years. Irish Distillers plans to honor Barry at a special dinner during the events surrounding the dedication of Midleton’s expansion in September.

If you’d like to hear my interview with Barry Crockett in the Distiller’s Cottage at Midleton from the fall of 2010, you’ll find it here in Episode 279 of WhiskyCast.