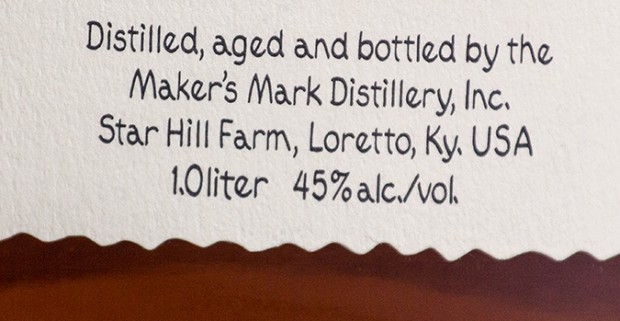 After a week of controversy surrounding plans to lower the bottling strength (ABV) of its flagship bourbon, Maker’s Mark has reversed the decision. In an email to Maker’s Mark Ambassadors members on Sunday, February 17, Maker’s Mark Chief Operating Officer Rob Samuels and Chairman Emeritus Bill Samuels Jr. apologized to the brand’s fans:

Since we announced our decision last week to reduce the alcohol content (ABV) of Maker’s Mark in response to supply constraints, we have heard many concerns and questions from our ambassadors and brand fans. We’re humbled by your overwhelming response and passion for Maker’s Mark. While we thought we were doing what’s right, this is your brand – and you told us in large numbers to change our decision.

You spoke. We listened. And we’re sincerely sorry we let you down.

So effective immediately, we are reversing our decision to lower the ABV of Maker’s Mark, and resuming production at 45% alcohol by volume (90 proof). Just like we’ve made it since the very beginning.

The unanticipated dramatic growth rate of Maker’s Mark is a good problem to have, and we appreciate some of you telling us you’d even put up with occasional shortages. We promise we’ll deal with them as best we can, as we work to expand capacity at the distillery.

Your trust, loyalty and passion are what’s most important. We realize we can’t lose sight of that. Thanks for your honesty and for reminding us what makes Maker’s Mark, and its fans, so special.

The decision to reduce bottling strength from 45% ABV to 42% was blamed on supply shortages caused by an unanticipated sharp increase in demand over the last couple of years, according to Rob Samuels during an interview with WhiskyCast’s Mark Gillespie at the distillery on February 13.  However, Maker’s Mark has always been faced with high demand and limited production. While Beam has invested millions of dollars in the last several years at the Loretto, Kentucky, distillery to add new bottling lines and improve efficiency, plans that have been in the works since at least 2007 to expand the actual distillery with additional fermenters and stills have not been implemented. Maker’s Mark Vice President of Operations Victoria MacRae-Samuels told WhiskyCast’s Mark Gillespie on February 13 that a final decision on that project is expected later in 2013.

Consumer reaction to the reversal was almost as immediate as that to the original decision. In a post on the WhiskyCast Facebook page, listener Ed Hertel criticized the Maker’s Mark management:

MM either has no clue about the whiskey community (thinking we would be ok with the change) or are marketing geniuses (seeing this played out from the beginning and smelling like roses in the end). Either way, I’m disappointed at how it was handled.

The brand damage, alas, has been done, methinks.

Maker’s Mark has not said how many cases of the 42% ABV version made it into the retail pipeline, but Bill Samuels said that some will likely wind up on store shelves over the next few days. They’re likely to become collector’s items, and Samuels indicated that he would try to get a case for his personal collection.

For more details on this story, listen to the next episode of WhiskyCast.