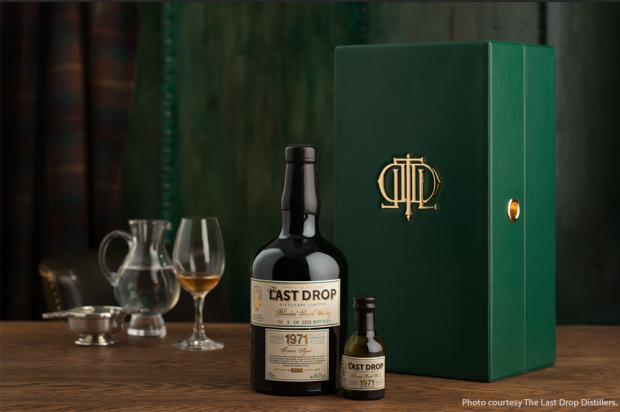 Many whisky lovers consider the “water of life” to be a regular part of their lives, but there’s no arguing that whiskies are becoming as much of a luxury item as fine watches, artwork, wines, and other rarities. That’s the world James Espey and Tom Jago entered with their final act in the whisky business eleven years ago when they formed The Last Drop Distillers after collaborating on too many iconic whisky brands to count. Today, their daughters run the business after it was sold to Sazerac last year, and just days after Tom Jago’s death earlier this month, his daughter Rebecca Jago took center stage with The Last Drop at this week’s Walpole showcase of British luxury goods. We’ll talk with her on WhiskyCast In-Depth, and we’ll also catch up with Louise McGuane of Ireland’s Chapel Gate Whiskey Company fresh off a win in the Irish Whiskey Awards for her J.J. Corry Flintlock single malt.

Here’s the video of The Last Drop’s unique decanter that we mentioned in this episode, too.