Kentucky Distillers and Retailers At Odds Over “Distillery Exclusive” Whiskies 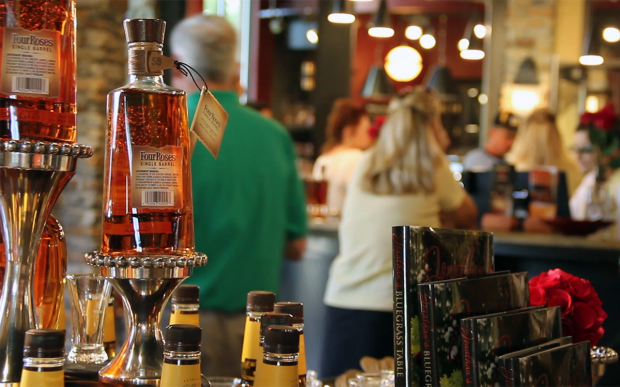 February 8, 2019 – There’s a feud brewing in Kentucky, and it could make the legendary feud between the Hatfields and McCoys look tame. That feud in the years following the Civil War started with a forbidden romance, but this one is all about money – and whiskey.

Wednesday, when the Kentucky Distillers Association released its biennial study of the Bourbon industry’s economic impact on Kentucky, University of Louisville economists cited the multiplier effect of jobs indirectly linked to the industry such as coopers, truck drivers, and even marketing executives in claiming the industry is responsible for 20,100 jobs.

However, that estimate did not include retail employment at the state’s liquor stores. Not all Kentucky liquor retailers have benefitted from the state’s boom in Bourbon-related tourism, which drew an estimated 1.4 million visitors to Kentucky distilleries in 2018 according to the KDA. While no specific statistics are available, anecdotal evidence suggests retailers in Louisville, Lexington, Bardstown, and other areas located near distilleries do benefit from tourist traffic along the Kentucky Bourbon Trail.

As Bourbon-related tourism has grown in recent years, there has been an uneasy truce between the retailers and the distillers. As recently as a few years ago, it was common for distillery shops to price their whiskies slightly higher than local retailers were charging, while emphasizing that they were not trying to take business away from small businesses in the community. In addition, distillers are only allowed to sell a visitor 4.5 liters of whiskey – the equivalent of six 750ml bottles – each day, while retailers have no limit.

That truce may be in its final days, though. The KDA is supporting House Bill 200 in this year’s session of Kentucky’s General Assembly, and the bill would remove one long-standing restriction that ensured parity between the distillery shops and retailers. Kentucky law requires that so-called “souvenir” bottles sold at distillery shops be made available to any licensed retailer in the state, making it impossible for distilleries to offer the “fill your own bottle from a cask” exclusive whiskies common at distilleries in Scotland and Ireland.

According to KDA President Eric Gregory, the legislation would create parity between distillers and Kentucky’s brewers and wineries, both of which can offer exclusive products in their shops. “It also keeps Kentucky competitive with other states, and distillers around the world, who have enjoyed this privilege for years,” he said in an email to WhiskyCast. “Visitors expect that they can buy something at one of our innovative and immersive visitor centers that they can’t get anywhere else, and they’re disappointed when they find that’s not the case,” he said.

However, that puts the distillers into direct conflict with the liquor retailers, who are already marshaling their forces to fight the bill. Karen Lentz is the executive director of the Kentucky Association of Beverage Retailers, and told WhiskyCast that her members already have problems getting access to the limited-edition releases now available at a number of the Commonwealth’s distilleries.

“We have lots of retailers who don’t get a single bottle of some premium products even though those products are sold at the distillery shop. Sometimes it’s just not practical for anyone who wants it to get it,” ” she said in an email while also providing a statement on the association’s behalf arguing the impact on consumers.

“House Bill 200 would allow any distillery, for any reason, to withhold from distribution to Kentucky retailers any product they chose and sell it exclusively at their distillery.  There would be no competition to keep prices reasonable because they would be the only place in the Commonwealth where the product would be available for purchase.  We certainly want to support our Kentucky distilleries and applaud their success with the Bourbon Trail.  However, we do not believe that it is in the best interest of our customers to force them to travel to the distillery location just to purchase a product that today they could get at their local package retailer.  Premium bourbon is in such high demand and this bill would allow a distillery to restrict access to their most coveted bourbons, like Old Forester Birthday, Woodford Double Oak, or Pappy Van Winkle, by making it only available to Kentuckians from their distillery.  If you live in Paducah or Pikeville and have the good fortune to purchase some of these high-demand bourbons at your neighborhood package retailer, this bill could force you to drive 4 or 5 hours to the distillery and hope you are lucky enough to purchase a bottle.  We believe this is not in the best interest of Kentucky bourbon consumers to allow a distillery to withhold from retail shelves some of the world’s best bourbons and force bourbon lovers to drive to the distillery.  We do not believe that all distilleries will use this opportunity to drive customers to their own stores, but House Bill 200 in its current form would certainly allow that to happen. We plan to discuss our concerns with the bill sponsor.“ 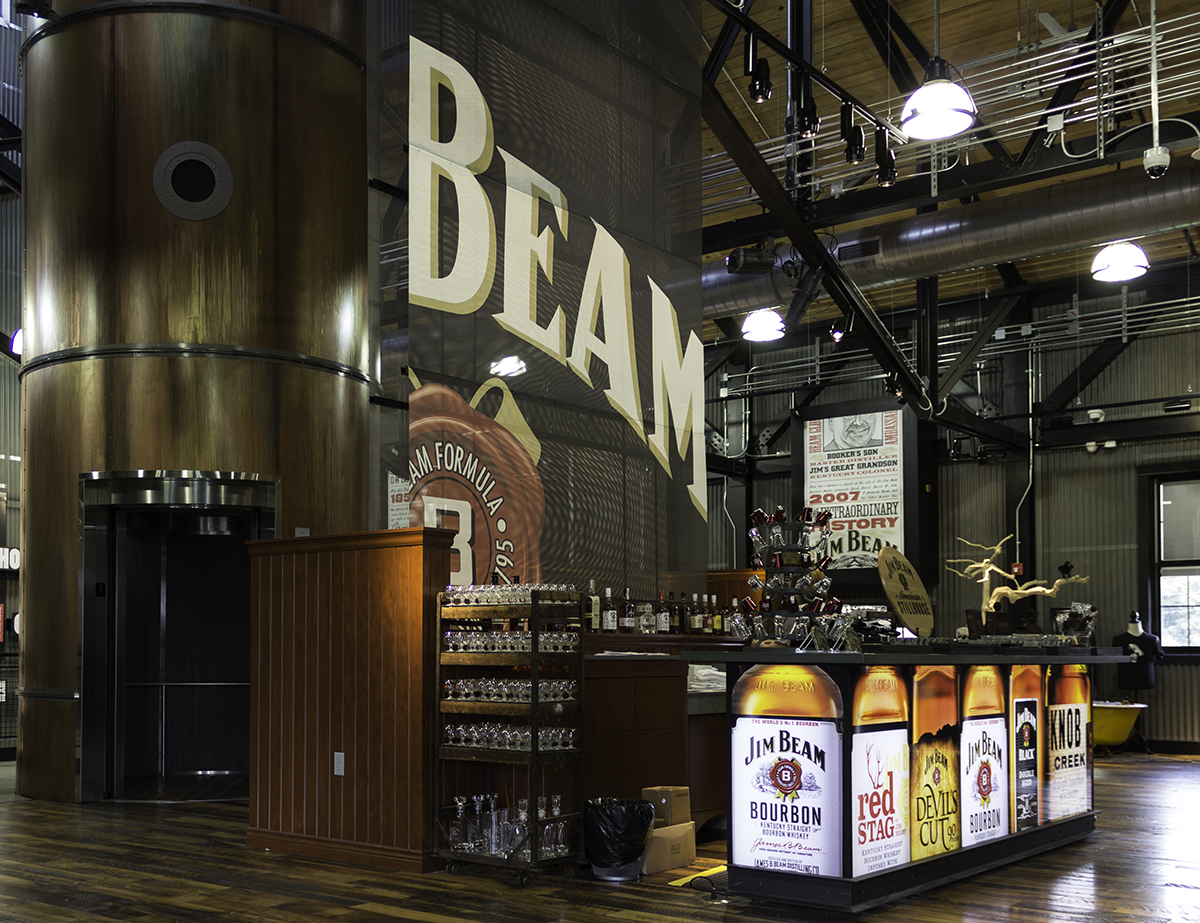 One example can be found at the Jim Beam American Stillhouse visitors center on the Jim Beam Distillery campus in Clermont. The shop sells souvenir bottles of Old Tub Bourbon as a nod to the Beam family’s heritage dating back to the pre-Prohibition era when the Beams sold it to people by the jug at their distillery. Old Tub doesn’t play any part in the current Jim Beam portfolio, but the Kentucky law requires Beam Suntory’s wholesaler to make the 375ml bottles of Old Tub available to retailers who want to carry it.

Kevin Smith represents Beam Suntory on the KDA board, and argues that a growing number of Kentucky retailers already get an advantage over the distillery shops – with the help of the distillers themselves. “They come in and do these (single) barrel selections, and all we’re trying to do is extend this out a little bit to see how we can have an exclusive program that helps to build tourism at the distilleries just like wine and beer,” he said in a telephone interview. Smith also suggested that a possible compromise would be to create “exclusive” bottlings for sale only at Kentucky retailers. “Exclusive can also mean sometimes that there’s exclusives for retailers, I don’t know…but it could be a win all the way around if it’s done right,” Smith said.

The KDA represents most of the Commonwealth’s distilleries, with the notable exception of Sazerac-owned Buffalo Trace and 1792 Barton. While not taking a direct position on House Bill 200, Sazerac CEO Mark Brown told WhiskyCast in an email that his company’s distilleries would not take advantage of any change in the current law.

“We do not have an interest in creating “distillery exclusive” products for many reasons but in particular we believe it would disadvantage our customers that are not within reach of the distillery nor do we want to disadvantage our retail partners’ product selection,” Brown said. “Although there are many current obstacles in the market which we are working to overcome, we continue to believe and work hard to ensure that our brands are distributed across the country as fairly as possible at fair prices.”

No committee hearing has been scheduled for the bill, which was introduced by House Licensing, Occupations, and Administrative Regulations Committee vice chair Rep. Matthew Koch (R-Paris). This year’s General Assembly session is limited to 30 business days, with action on pending legislation scheduled to be completed by March 7.