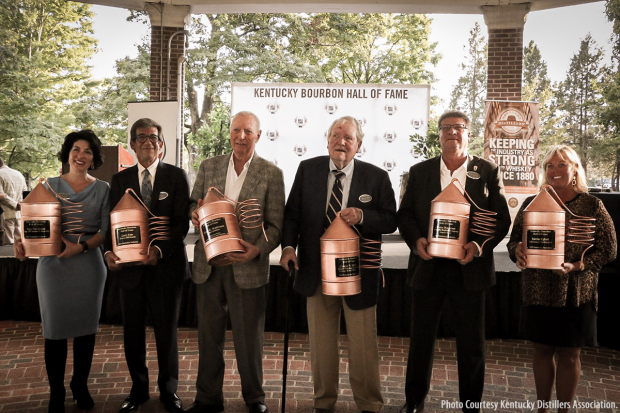 September 19, 2019 – Six new legends joined some of Bourbon’s greatest names today as the Kentucky Bourbon Hall of Fame inducted the Class of 2019 during the Kentucky Bourbon Festival. The class is led by Willett Distillery’s Even Kulsveen, who was also presented with the Parker Beam Lifetime Achievement Award during the ceremony.

Kulsveen and his wife Martha are credited with reviving the family’s distillery founded by her father in the hills above Bardstown, along with becoming one of the largest independent bottlers and exporters of Kentucky Bourbon worldwide. Today, their daughter Britt is Willett’s president, while son Drew oversees distilling and blending operations at the company. In a news release, Britt Kulsveen said “our father has lived several lifetimes with all of the career paths he has taken – from tending bar to having a glass factory that produced decanters and envisioning the kingdom we have built together as a family today. We have always said that he is lifetimes ahead of his time with all of the innovative, genius creations he has imagined and brought to fruition. This award is a long time coming.”

Editor’s note: This story was originally published on September 17, and was updated following the induction ceremony.